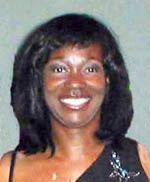 Clare Washington didn't consider herself a historian until an interview with the descendant of a female rebel leader from an 1894 uprising on the Caribbean island of St. Thomas helped change her mind.
"I realized that there was not just this woman," Washington says. "I needed to find out about more obscure women ... There are a lot of women (leaders) we don't know about."
Washington hopes to enlighten the Portland community about such leaders. And now, as a Fulbright scholar, the 42-year-old budding expert on rebellious African American women will get her chance.
Washington, a Black Studies major at PSU and a former McNair Scholar, was one of five PSU students to receive the Fulbright Scholarship this year. Former Sen. J. William Fulbright created the prestigious federal scholarship program in 1946 to give citizens and foreigners a chance to experience and study other cultures.
Washington will travel to Trinidad for one year to research the history of female leaders in the African Diaspora.
As a McNair Scholar, Washington unearthed several impressive, but lesser known, African American leaders.
Her passion for this subject has opened many doors for the professor-in-training. She is now teaching a class at PSU titled "Female Resistance Personalities in the African Diaspora," and on May 31, Washington delivered a presentation to the McNair Symposium titled "Different Shades of the Old West: Black Cowboys and Cowgirls Who Helped Blaze the Way." The soon-to-be-released "African American Biography," edited by Henry Louis Gates Jr. of Harvard University, will feature some of Washington's writing.
Winning the Fulbright Scholarship means Washington will spend the next year studying local feminist history at the St. Augustine campus of the University of the West Indies in Trinidad, an island off the coast of Venezuela with the help of history professor Rita Pemberton. Washington says the campus library, as well as the local libraries should serve as a starting point to discover the stories of little known or unknown female leaders.
Debra Clemens, who administers the Fulbright program through PSU's international affairs department, says many students inquire about the program, but few actually fill out applications. Completing an application takes time, dedication and creativity.
This year, only eight students submitted applications; five of those students became Fulbright Scholars.
"It's not about having a high GPA," Clemens says. "It's about having a really good idea that Fulbright is interested in and another country is interested in."
At PSU, Clemens and a review panel read the applications and hold an interview process, giving students feedback about what they could do to increase their chances of being approved by the Fulbright Foreign Scholarship Board. Students are often given advice on obtaining effective letters of recommendation; finding topics no one else is proposing — but that still resemble those that have been approved in the past — and refining their research goals.
Washington and the other Fulbright hopefuls from PSU competed against other applicants across the nation hoping to study in the same country or region.
"She was addressing a subject area that nobody else was addressing," Clemens says of Washington's proposal.
In the two years Clemens has overseen the program, she said no other Black Studies majors have applied. But like other programs at PSU, interest in the Fulbright program has increased since last year, when only two students applied for the scholarship.
"In some ways it sounds daunting because it is a serious undertaking," Clemens says.
Washington, a straight-A student, decided to apply after former Fulbright Scholar Kofi Agorsah, one of Washington's Black Studies professors, encouraged her to give it a shot. After Washington received a letter saying she was on a Fulbright waiting list, Agorsah told her, 'Don't give up.'
For a short time, Washington worried that she wouldn't get the scholarship. Her friends and colleagues congratulated her for just making the waiting list, but being "a runner up" wasn't OK with this scholar. She wanted to win. Then she got the call.
"I was really excited because it's really going to happen," Washington says. "It shows you are a serious student and researcher."
The scholarship will pay for nearly everything during her stay – room, board, tuition, and travel expenses – but she will have to work for it. She is expected to deliver four reports during the year.
And when she gets back to Portland, Washington won't stop. She plans to pursue her doctorate degree and continue to "teach and write, and write and teach."