As Amazon turns 20: What Are its Biggest Bets? 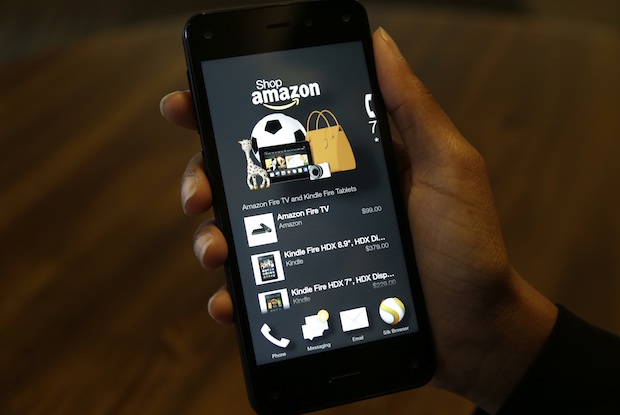 NEW YORK (AP) — Amazon has come a long way from selling books out of a Seattle garage.

The company had an inauspicious start in July 1995 at the dawn of the Web as an online bookseller. It narrowly escaped the dot-com bust of 2000 to reinvent online retailing. And eventually, it morphed into the global e-commerce powerhouse it is today with $89 billion in annual revenue.

Led by its 51-year-old founder, Jeff Bezos, the Seattle company's strategy has long been to make big bets and expand into new areas. That has led to some misses, like the now shuttered fashionista site endless.com that sold high-end handbags and shoes; some headscratchers, like when it paid $970 million for video streaming site Twitch a year ago; and some hits, like its money-minting Amazon Web Services cloud software.

Investors have not always applauded the company's strategy because it barely ekes out a profit quarter after quarter. But Amazon is not likely to change its strategy anytime soon as long as Bezos has the reins.

Here are 10 of Amazon biggest bets in its 20 year history:

Amazon Prime started as a loyalty program with one big perk: $79.99 a year for free two-day shipping. Ten years later, the amount of services offered to Prime members has grown vastly, with members having access to grocery delivery, one- and two-hour delivery in some cities, beefed up video streaming and the creation of a Bluetooth speaker called the Echo that syncs with Prime music. Michael Pachter, an analyst at Wedbush Securities, estimates there are 35 million to 40 million members.

Nine years ago, Amazon started offering businesses a suite of products and services via remote servers or "the cloud." It has become one of Amazon's best businesses, serving more than a million clients from startups like Pinterest to corporations like GE. And it's growing fast: revenue rose 49 percent in the most recent quarter to $1.57 billion.

Amazon launched the Kindle in 2007 when e-ink was just becoming mainstream as a device for reading digital books. Now there are many versions of the Kindle including Fire color tablets. Kindle is one of the company's key tools for drawing customers in to its ecosystem of products.

During the first dot-com bubble in the late 1990s when Amazon itself was a startup, Amazon invested in some buzzy startups. They included Pets.com and kozmo.com, which promised to change the way people bought pet food and ordered delivery items. They both went bust after the bubble burst in 2000, causing Amazon to lay off 1,300 staffers and scale back elsewhere.

Amazon launched its Fire smartphone last year, touting visual-recognition technology, 3D features and easy access to Amazon Prime services. But the bells and whistles didn't entice customers, and the launch was followed by mediocre reviews, a steep price cut to entice buyers and write-downs on the cost of developing the phone.

Amazon's fight with Hachette in 2014, reportedly over e-book revenue, led to the largest U.S. bookseller removing pre-order buy buttons, cutting discounts and reducing orders for books. The rare public fight damaged Amazon's image: Some authors and editors said it was being a bully. Eventually, Amazon and Hachette agreed to a new contract.

In December of 2013, Bezos announced on "60 Minutes" that the company was develop drones to deliver packages to customers in 30 minutes or less, a scenario that seemed straight out of science fiction. While there are many logistical and regulatory hurdles to overcome, Amazon has been testing advanced drones abroad. The FAA hopes to have drone regulations in place within the next year.

Amazon announced the Dash button around April Fool's Day. Some wondered if it was a joke because it sounded so futuristic: Buttons you can push to reorder common household goods like Tide detergent. Think: Pushing a button by the washing machine when you need more detergent or pushing a button on the refrigerator when you run out of eggs. Right now the buttons are invite-only and can be requested via Amazon's web site.

Amazon bought robotics company Kiva Systems in 2012 and has been implementing robotic technology in its warehouses to speed distribution. It has added thousands of wheeled robots to crisscross the floors of its biggest warehouses and deliver stacks of toys, books and other products to employees. Amazon says robots won't replace human workers entirely, but they help speed up the process, get products packed more tightly and save space.