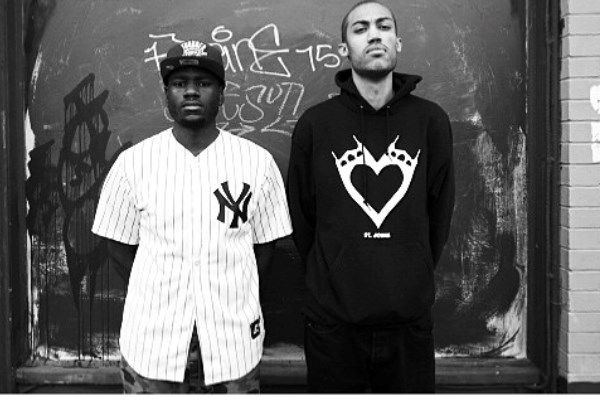 Two activists arrested after aiding one of the victims of a shooting at the Last Thursday festival in May have had all charges dropped after entering respective “no contest” pleas.

Marcus Cooper, 26, and Loren Ware, 23, (a popular Portland rapper who performs as Glenn Waco) each faced two counts of interfering with police in addition to a harassment and disorderly conduct charges.

Cooper says, after reading the police report from the May 25 incident, that pleading no contest would be better than entering a guilty or not guilty charge for both himself and Ware.

“I took the plea, mainly because if I took it to trial I’m not jeopardizing the risk of me having to explain to a [likely] all-white jury why me being Black is valid,” he says.

Cooper and Ware have both been involved with the anti-violence group Don’t Shoot PDX nearly since the time it was incepted about a year ago.

Despite all charges being dropped, the two will have to complete 24 hours of community service to appease the courts.

“At the end of the day, small victories like this is what they throw at us to feel like we’ve won everything but in actual reality, I’m still going to wake up tomorrow and be Black in Portland,” Cooper says.

Cooper says due to the trauma sustained back in May, and the association of Last Thursday with gentrification, he will avoid the event in the future.

The May 26 shooting garnered national attention after two 15-year-old Jefferson High School students and a 25-year-old woman were shot at the event, which manages to draw close to 10,000 in the summer months.

Another teenager, 16-year-old Turon Lamont Walker, of Vancouver, Wash., stands as the lone accused shooter in the case and three counts each of attempted murder with a firearm and unlawful use of a weapon. Attempted murder is a Measure 11 offense, which will see juvenile being charged as an adult.

Walker has pleaded not guilty to all charges.

Police dubbed the gunfire, even with one of the victims being friends that came to the fair together, as “gang-related,” bumping its gang violence response calls up to 64, up more than a dozen from last year at the same time.

With the shooting close to a month in hindsight, all victims have survived and are in various stages of recovery.

Though happy to have his charges dropped, Cooper says, the problems he and the community are fighting exist beyond the legal system and beyond that May afternoon on Thursday.