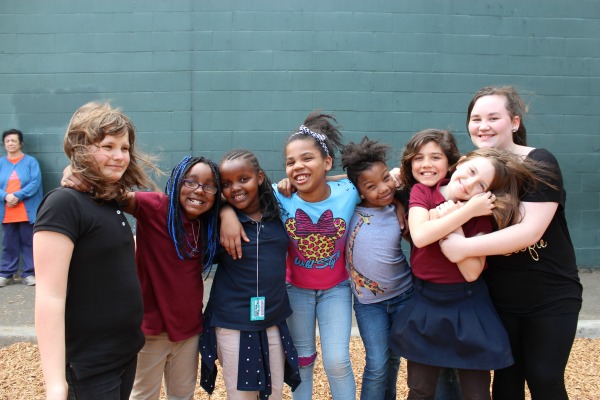 Unit Director Matt Heady would like to do more with the Boys & Girls Regence club.

The club, located in the New Columbia neighborhood of North Portland, has a lot to offer the community, but fewer kids are showing up this summer which means fewer opportunities for the kids in the neighborhood.

Heady describes this situation as a “tight wire act” where volunteers and staff provide opportunities for club members while trying to develop larger projects that would bring in more members of the community.

“It’s tougher, there is a lot of the planning and a lot of the development of these big, grand ideas that we have, but we don't have the kids in the building,” Heady says.

Having more kids at the club means directors can organize more experiences such as field trips. Heady says it is harder to justify the expense of driving five hours to visit a college campus if there are only a handful of teens on the trip.

During club hours from noon to five, kids have lunch in the park, recreate at the Charles Jordan Community Center and play the Summer Brain Game which helps prevent summer learning loss.

Club membership costs five dollars for a full year, running from September 1through August 31, which comes out to a little more than 1.3 pennies per day. Summer camp programming is more expensive with camps costing $50 per week.

Heady said there are scholarships available for the summer camp fees.

“We have been really understanding as far as our scholarship opportunities that we've provided for families, so really it is just about getting kids in the building,” he said.

Despite the affordability, the club is still below capacity. Heady said that when the club was full, there were nearly 300 kids. Today they serve about half that amount, around 150 per day.

Enrollment has been especially light since Rosa Parks Elementary School went to a full-year schedule. The school, which is adjacent to the Regence Club, provided a bedrock of children to fill the club during the summer months.

The year-round schooling of students has encouraged Heady to serve more kids beyond the neighboring community.

“What we do in here, as far as the relationship-building and cultural understanding, even all the way up to teens, we are providing job opportunities and on-the-job training,” Heady says. “Really any kid could use that kind of guidance and support.”

Heady is especially drawn to the mentorship aspect of the Boys & Girls Club. He was born in St. Johns and grew up in North Portland. He remembers having mentors in the form of teachers and coaches who took an interest in his life.

“The people I always looked up to growing up were those people who got on you when you were in trouble, but also were your biggest fans when you succeeded,” he says.

Heady sees that tradition of mentoring carrying on in his work and as well as in the youth who have been long-time members of the club who mentor the youngest kids.

He sees this mentorship and youth development thrive because of the open-ended environment provided by the club. There isn’t a focus on athletics, or education, or music -- the organization provides a space where many interests are served. For Heady, this allows many chances to broaden children’s interests.

But -- for the moment -- it is all about getting kids in the door.

“We are wanting and looking for all of these opportunities, but also, there's got to be people here,” Heady says.

For more information on the Boys & Girls Club, visit their website or view the upcoming summer camps.