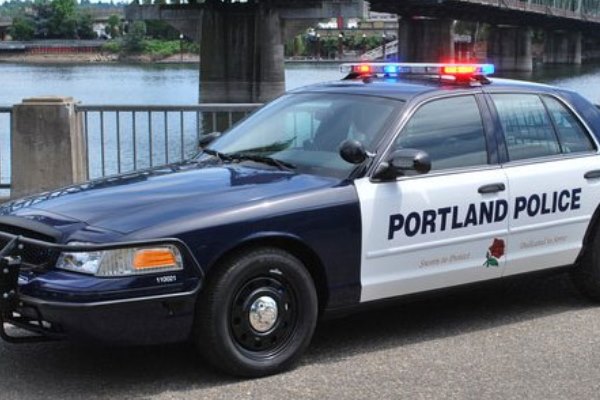 The magic of a ride-along, according to Portland Police Bureau’s Officer Tom Pennington, is getting to see the interaction between police and citizens.

With conversations around police accountability continuing to brew across the nation, The Skanner News sent reporter Donovan M. Smith on a ride-along for a glimpse into the working lives of Portland police.

Officer Pennington, an eight-year veteran of the Portland Police Bureau served as host for the four-hour trip around East County, a part of town that is rapidly changing due to development in the city core.

The last few years have seen a spike in media coverage of policing and police accountability.

“When I go to a call, I’m not thinking about the latest headline, I’m thinking about my personal safety and what’s waiting for me on this call,” he says. “So, if anything national perception or the national conversation highlights discussions that need to be talked about but I don’t feel that that plays into how I interact with people.” 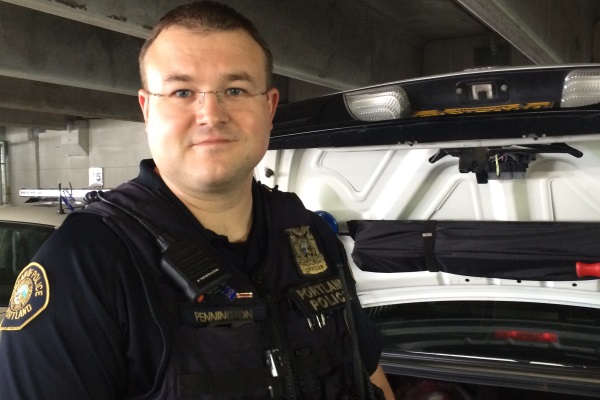 And while headlines may not factor into how Officer Pennington does his job, statistics might. Last year, 50 officers were killed by firearms — a third of which were in ambush-style attacks. Not just that, but that number was a 50 percent increase from the 32 officers killed just a year before.

Here in Portland, 29 have been killed in the line of duty since the force’s inception in 1867. In that time, about one-third of those deaths have been attributed to gunfire.

In his eight years on the force, Officer Pennington, a former military cop, says one of the scariest moments for him happened this March. He says had to make a split decision about whether to fire his gun when a large crowd of teenagers congregated around the East Precinct. The crowd, numbering in the hundreds, had been at a birthday party. Shots rang out while Pennington was checking out the scene.

“It was not that far away from where I was standing, and I was really scared because I thought either I or someone else was going be hit by gunfire.”

The alleged shooter was 16-year-old boy from Portland.

“In a case like that, you have to ask yourself is deadly, lethal force necessary to keep everyone safe. And I remember thinking in that split moment that there were too many other juveniles in the area for me to risk that. I just couldn’t risk it. That was very scary for me,” he says.

So far this year, there have been two cases of Portland Police officers firing their weapons.

The first came in February – Officer Charles Asheim, a member of the Gang Enforcement Team, fired at Ryan Sudlow during a traffic stop in Gresham after Sudlow allegedly attempted to flee police.

No one was injured in the shooting, Sudlow was detained, and after about two weeks of administrative leave, Asheim was reinstated to the gang squad.

The second of this year’s shootings proved fatal.

In March, officers responding to an alleged burglary in progress came into contact with suspect Tom Healy, who was allegedly wielding a knife. Police say Healy was charging at them with knife before Officer Thomas Clark hit the man with two bullets while Officer Royce Curtiss followed that up with a Taser.

Pennington says he has never has fired his weapon, something he is thankful for.

He says he only sees his gun as a “life-saving tool.”

However, if an officer fires a gun, Pennington says, it makes no sense to shoot to wound. So if they fire, he tells The Skanner, initially it will be to kill.

“There should never be a time to shoot to wound,” he says, explaining that the trajectory of a bullet. Once it enters the body, it can be unpredicatable. “There are plenty of instances where a bullet has hit somebody in the knee and ricocheted and came out of their neck or some kind of [similar] reaction.”

“The only time a firearm is used is in a lethal force situation.”

In the four hours The Skanner spent with Officer Pennington, only two stops were made.

The first was for a domestic disturbance where he and another officer simply acted as mediators between the two parties asking one to step away from the house for a few hours to cool down.

The second, and last, stop came from the family of a man living with dementia who’d forgotten where he lives. Officer Pennington, who spent a year serving in the Behavioral Health Unit, talked with the man for close to twenty minutes, and helped him back into his residence.

Officer Pennington then referred the man’s family to some social service agencies that may be better equipped to help with similar incidents in the future.

Following that call, the remainder of the trip was mostly filled with questions about the day-to-day life of a police officer.

“It really is a privilege for me to serve in this job. I feel like I’m serving in a noble cause, to a noble people,” Pennington says.