Head of Spokane NAACP Quits Amid Furor Over Racial Identity 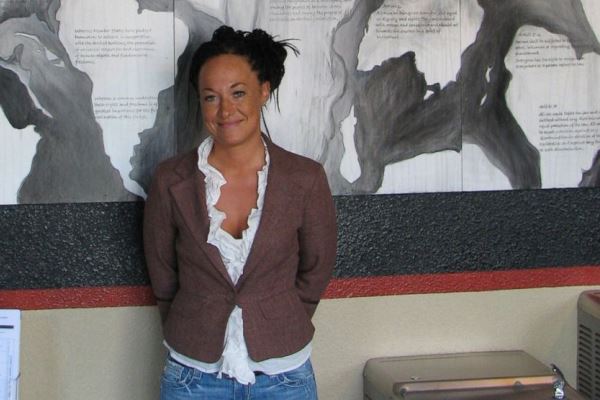 SPOKANE, Wash. (AP) -- Rachel Dolezal resigned as president of the NAACP's Spokane chapter Monday amid a furor over racial identity that erupted after her parents came forward to say she has been posing as black for years when she is actually white.

The announcement was posted on the civil rights organization's Facebook page. It said the attention surrounding Dolezal has distracted from the group's goals.

"The dialogue has unexpectedly shifted internationally to my personal identity in the context of defining race and ethnicity," according to a statement attributed to Dolezal, a longtime figure in Spokane's civil rights community who was elected to the NAACP post six months ago.

"I am consistently committed to empowering marginalized voices and believe that many individuals have been heard in the last hours and days that would not otherwise have had a platform to weigh in on this important discussion."

Meanwhile, Spokane is investigating whether she lied about her ethnicity when she landed an appointment to the city's police oversight board. On her application, she said her ethnic origins included white, black and American Indian.

Dolezal, a 37-year-old woman with a light brown complexion and dark curly hair, attended historically black Howard University, teaches African studies at a local university and was married to a black man.

The controversy over racial authenticity unfolded last week after Dolezal's parents told the media their daughter is white with a trace of Native American heritage. They produced photos of her as girl with a pale complexion and straight blond hair.

Her mother, Ruthanne Dolezal of Troy, Montana, told reporters she has had no contact with her daughter in years. She said Rachel began to "disguise herself" after her parents adopted four African-American children more than a decade ago.

Rachel Dolezal initially dismissed the controversy, saying it arose from litigation between other relatives who have divided the family. She has not returned repeated calls from The Associated Press.

Late last week, the national NAACP stood by her, saying "one's racial identity is not a qualifying criteria or disqualifying standard for NAACP leadership." But she had come under increasing pressure from local chapter members to resign.

Kitara Johnson, an NAACP member in Spokane who has been calling on Dolezal to step down, welcomed the resignation.

"That's the best thing that can happen right now," Johnson said. "We are going to stand in unity and solidarity."

Johnson said that the most important thing is to focus on the work of the NAACP, but that she hopes Dolezal remains a member of the organization.

On Friday, police said they were suspending investigations into racial harassment complaints filed before the uproar by Dolezal, including one from earlier this year in which she said she received hate mail at her office.

Police released files showing that that a hate mail package did not bear a date stamp or barcode, meaning it was probably not handled through the post office.

Dolezal's parents appeared on the "Today" show Monday and said they hoped to reconcile with their daughter.

"We hope that Rachel will get the help that she needs to deal with her identity issues. Of course, we love her," Ruthanne Dolezal said.