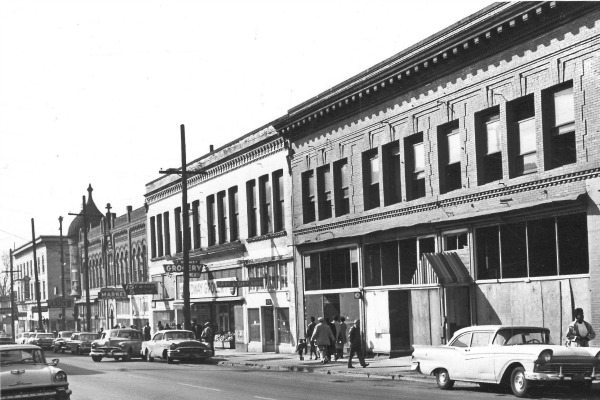 Images of backyard barbecues, neighborhood parades and baptisms can all be part of a new community memory and healthy aging project from the Oregon Health & Science University.

Raina Croff, PhD, is looking for pictures of Black Portland in or around the historically Black neighborhoods of North and Northeast Portland. The photos will become part of a collection that promotes brain health through sharing memories.

Croff is developing the Sharing History through Active Reminiscence and Photo-Imagery program through the Layton Aging & Alzheimer’s Disease Center at OHSU. The SHARP study is a walking program that incorporates historical photos to prompt individual and group memories of living in North and Northeast Portland.

As a native of Portland’s African-American community, Croff has seen first-hand the effects of gentrification -- and the need to preserve memory as the familiar landmarks disappear.

“We have so much rich memory and rich culture within the African-American community in Portland and I really believe that our community memory can be used towards promoting individual memory health,” she said.

Most of the photos that the SHARP program has are from the Oregon Historical Society and the Verdell Burdine and Otto G. Rutherford Family Collection at Portland State University. The two resources cover a deep history of Black Portland, but there are fewer collections of modern images.

“Those are our two main sources, however with the Oregon Historical Society, we don't have very much from the 1970s to 2010, because people aren't giving those yet,” Croff said.

The SHARP study would like to expand the collection of photos to include as many family histories as possible. The collection is open to a wide range of image types from political rallies to street views, community events to birthday parties. Event fliers, old business advertisements, theater programs are welcome as well.

Donating images does not mean giving up family keepsakes, Croff said. She had previously visited a donor’s house and scanned the images right there. She would like to make sure that any donated pictures are returned as soon as possible.

Selected photos may become part of a community website for the SHARP program which will be an archive for the black experience in Portland as well as a community resource for brain health.

The SHARP study will be looking for participants in July. The study will last six months long and require three and a half hours a week. Participants will go on moderate 45 minute walks three times a week and have one weekly health education session via the internet in their homes.

If you would like to contribute your family images to the SHARP program, contact Raina Croff at croff@ohsu.edu or 503-494-2367.