Legal Intervention is the Most Distinctive Death in Oregon 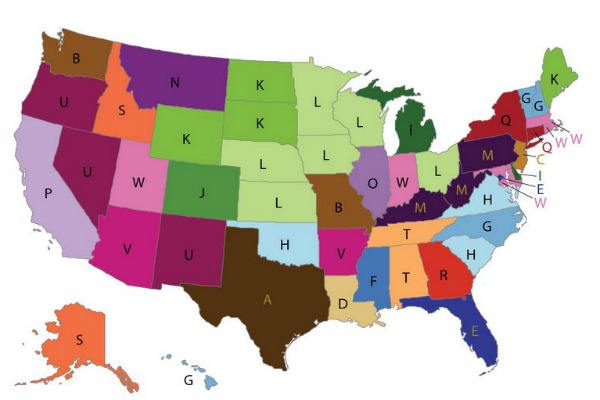 Oregon’s most distinctive cause of death is not from disease or bicycle accidents -- it is through interactions with the police.

That is according to a new state-by-state report tracking mortality data. Legal Intervention -- deaths resulting from an encounter with a law enforcement official -- was the most distinctive death for Oregon, Nevada and New Mexico.

The study was conducted by Francis Boscoe, PhD of the New York State Cancer Registry. After ruling out the top 10 most common deaths, such as heart disease and cancer, Boscoe looked for high frequencies of rare deaths.

Taking inspiration from light-hearted distinctive maps such as “the most distinctive google search per state,” Boscoe wanted to make a serious map that questioned how geography and local policies affect death rates.

Another example of a death from Boscoe’s work was the prevalence of Black Lung Disease found in the coal mining states of Kentucky, West Virginia and Pennsylvania. To view the full map, click here.

In Oregon, there were 110 legal intervention deaths between 2001 and 2010. Boscoe said the age-adjusted rate for these deaths was 3.2 deaths per million people.

“This is obviously on the rarer side of things, but the national rate is 1.2 per million, so Oregon ends up being about 2.6 times higher than the national average,” he said “And that's why it was on the map.”

Portland Police Association President Daryl Turner said the numbers were not consistent with the use of force statistics for the Portland Police.

Jason Renaud of the Mental Health Association of Portland said that these deaths are the result of failures in two separate but related social systems: the mental illness and addiction treatment system and the criminal justice system.

Renaud said the budget cuts to the state mental health system in the 1990s removed people with mental illness from medical treatment and made the criminal justice system into their primary caregivers.

“What we have seen over the years of looking at this is that most people who are harmed by police officers have untreated alcoholism, untreated drug addiction and untreated mental illness,” Renaud said.

Legal intervention deaths are the “canary in the coal mine” in the breakdown of these systems, according to Renaud.

The report used U.S. Centers for Disease Control and Prevention mortality data which was divided into 113 causes of death. Renaud questions these statistics.

“The numbers are probably higher because often the medical examiner will list the death as accidental or as suicide, when it really should be listed as legal intervention,” Renaud said. He mentioned the case of James Chasse who died in police custody in 2006.

Renaud has been outspoken regarding unreliable data on deaths at the hands of police. Federal Bureau of Investigation justifiable homicide numbers are voluntarily reported by only a few of the 17,000 law enforcement agencies in the U.S.

Of the 110 deaths by legal intervention, 86 were white non-Hispanic, eight were Hispanic and 16 were recorded as non-white. The second most distinctive death for Oregon was death from Meningococcal infections.