What Does ‘Gang-Related’ Mean? 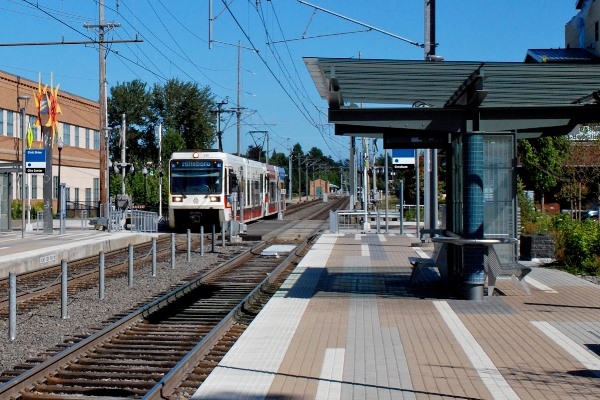 Have you ever wondered it means when officials describe a crime as “gang-related”?

The Skanner News spoke to Lt. Claudio Grandjean, the public information officer for the Gresham Police -- a department seeing major upticks in violence in the face of massive economic and demographic shifts – to get a handle on when police choose to use the phrase and why.

Lt. Claudio Grandjean: That can change. We can go to the scene and we don’t know if it’s gang-related. We just know two people shot each other. At that point we wouldn’t say anything. And we might change that once we find out.

So in other words, we just arrived to the scene where somebody shot somebody. A lot of times if it’s a gang-affected area, that question will come up right away, and we’ll say, “Well, we don’t know.” Then once we’ve identified the victim, or the shooter -- if one of those people’s a documented gang member -- we’ll say it’s gang-related and the reason for that is, quite simply, the question people want answered is, “Is this happening because of gangs?” and a lot of times the answer is yes.

You get into something that’s more ambiguous [with the term “gang-related”], to be honest.

There’s no criteria, the same way there’s criteria for [what a documented] gang member would be.

TSN: What’s the difference between being “gang-involved” and “gang membership”?

Grandjean: For example, I could be kind of on the verge, not quite sure — [but] all my friends are gang members, and I’m kind of doing what they’re doing, but not really. That’s a “gang-involved” kid. That’s a kid that’s making decisions based on the gang, but he’s not necessarily a gang member. In fact, those are the kids you really want to identify because that’s the ones that early intervention really can help.

TSN: So for example, two kids who are gang-involved get into some kind of conflict — not necessarily even a shooting — and media get a press release. Will that be categorized as “gang-related” to the media?

Grandjean: Designating a crime as “gang-related” is problematic. And I guess I would tend to say no, unless they were fighting for the gang.

Obviously, you don’t want that to happen, but there’s a whole different conclusion to that than people firing guns at each other.

If they have guns or knives, we’re going to report that as gang-related, because that escalation is related to the gang. If they’re just fighting, everybody’s been doing that forever.

TSN: There really isn’t the leadership structure that gangs had in the past. So does that change how you’d identify one? Because these could be kids who are joining together and not necessarily be a gang in what we would think of traditionally.

Grandjean: Right. They don’t have the roots and an OG who’s sort of pulling the strings. I get that.

And again, there’s a legal definition for purposes of documentation. If they are all coming together for the purposes of furthering criminal activity, whether it be, “Hey, let’s be the only ones selling drugs in this area, we’ll intimidate everyone else out of  here,” and that’s their thing -- even if they’re a bunch of kids getting together and they’re calling themselves whatever -- that’s a gang by legal definition.

But agreed, it doesn’t have the same top down structure that a lot of these traditional gangs do. And I suppose, part of that is the gangs aren’t as embedded here in terms of over generations as they are in Southern California.

TSN: How big a factor is race when incorporating “gang-related” into media releases?

Grandjean: Oftentimes, the information we put out is in response to media inquiries.

So, for example -- a white guy shot on NW 7th  versus a Black kid shot on 195th and Burnside, I guarantee I get asked [if it’s gang-related for the latter].  So I’m responding to what I’m being asked.

When somebody dies, our goal is to find who did it and get some justice for the family. It makes no difference to us what color the dead person is.

To be honest with you, the less information we put out in the early parts of an investigation the better it is for us.

But we have a duty to inform the public of what’s going on.

TSN: So maybe in some capacity, it would be better for media to do what I’m doing -- getting a better understanding of what gang-related even means.

For example: [if we haven’t gathered all the facts] but our Gang Team knows [there’s a high probability] gangs were involved, and I don’t say, “gang-related,” the public looks at that like why are you hiding that? So, then we kind of get criticized on that side.

On the other side, if we jump and say it’s gang-related just because it’s two Black kids that could seem racist. Because maybe it’s not gang-related. Maybe it’s just a kid who happens to have a gun.

It’s really a fine line to walk, and a difficult one to balance.

TSN: How has the face of gang activity changed in the Gresham area over the years?

Grandjean: Sometime in the early ‘90s, we started seeing our gang activity. There were a lot more Latino gangs; there were some hardcore OGs that had come up from Southern California during that time.

The Black gangs were mostly in North and Northeast Portland. They have moved out this way for whatever reason, I’m not a sociologist. I don’t know why people moved.

Gangs the way they’ve evolved in the metro area in Portland and Gresham in particular, it’s not as turf-centered. They float around from area to area. We’ve had apartment complexes where there’s rival gang members living in the same complex, which just doesn’t happen in California.

It seems now, the source of income for so many gang members is running prostitution and that doesn’t necessarily have a turf, but it could.

A lot of times here a gang shooting isn’t over turf. In fact it rarely is, I can’t remember the last time I heard of one of those.

We’re certainly getting more early-intervention support than what we used to, which is good.

[But] that’s not really what we do, as the police, we kind of just identify them and direct the resources to where they need to go.