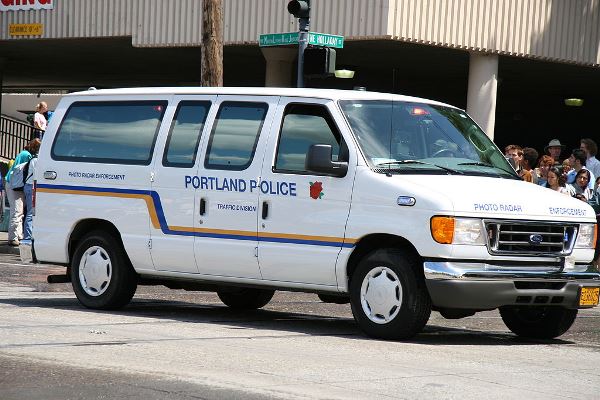 A former Portland Police officer fired two years ago after shooting an unarmed man with live rounds instead of beanbags has committed suicide in his home city of Washougal, Washington.

Dane Reister, 43, apparently stepped in front of a moving train on Memorial Day. Washougal police on the scene said there were no witnesses.

The body was discovered by passing train engineers. Earlier reports indicated that Reister’s truck had been left on the tracks, but investigators now say it was found in a nearby parking lot.

The former officer was fired by the Portland Police after accidentally shooting a bipolar man with live rounds when he intended to use beanbag shots.

Reister in 2011 repeatedly shot William Kyle Monroe, aged 20, an unarmed man in a mental crisis who was running away from the officer after being told to get on his knees and put his hands behind his head.

The former officer shot at Monroe’s back as he ran, using a beanbag rifle – but the rifle had been loaded with real bullets, which left Monroe permanently disabled.

The lawsuit ended in a $3.2 million judgment -- the biggest legal settlement in Portland history.

It was not the first time Reister had mistakenly used live ammunition. He had injured another police officer in 2006 when he fired a loaded riot-suppression launcher during a training session. In that case Reister admitted he had forgotten he’d previously loaded it with a smoke projectile. The injured officer in that case recovered.

An investigative report by The Oregonian in 2013 showed that Reister was never officially certified to carry a beanbag shotgun.

Because of bureaucratic errors, Reister and a handful of other officers had thought they earned that certification as part of Rapid Response Team training in 2002, but that in reality Reister had carried the shotgun for almost a decade before being informed he hadn’t been properly trained.

Reister’s firing after shooting Monroe came the year after the US Department of Justice ruled that Portland Police displayed a standard and practice of unnecessary use of force against mentally ill people.

According to the international police support organization Badge of Life, which agitates for better suicide prevention programs for police officers, the 2012 National Surveillance of Police Suicides showed 126 police suicides across the United States – but that was the last time the numbers were collected.

The group is advocating for further study, as well as the adoption of what they call the Emotional Self-Care Training Program – including an annual “mental health check” that they compare to a dental checkup-- to provide mental health support to officers with post-traumatic stress disorder.

Washougal Police are requesting anyone with information about Reister’s suicide to contact Washougal Detective Kate Tierney 360-835-8701.