Low Turnout and Narrow Margins in May Elections – Some Landslides 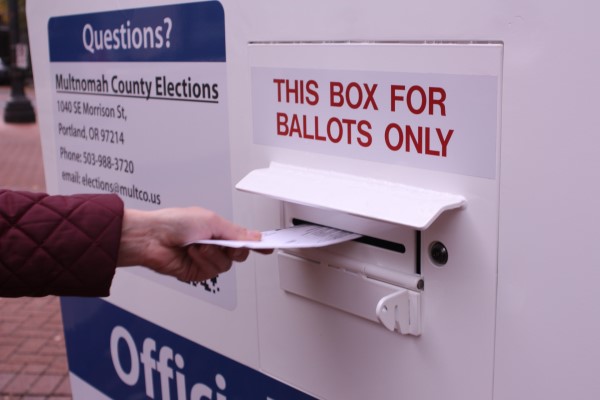 By Christen McCurdy Of The Skanner News
Published: 21 May 2015

Low turnout is common in May elections – in 2009, just 15 percent of voters submitted ballots in May – but made for some tight results this time around.

A $125 million bond to replace or improve failing buildings in the Reynolds School District passed by just 275 votes. The bond will replace Wilkes Elementary, a 100-year-old building designated as having a 100 percent chance of collapse in an earthquake. It also provides for increased security measures at Reynolds High School, the site of a fatal shooting last June.

While the Zone 3 race for Portland Community College director was perhaps the tightest one tracked by The Skanner News in this election, the Zone 2 race was the most decisive. PCC instructor Michael Sonnleitner narrowly beat out Anita Yap and Courtney Wilton in the Zone 3 race, receiving 38.42 percent of the vote (5,654 votes). Yap and Wilton divided the remaining vote almost perfectly: 30.73 percent of voters marked Yap’s name on their ballots and 30.07 percent went for Wilton instead. Incumbent Zone 2 Director Kali Thorne Ladd ran unopposed and 97.86 percent – or 11,003 voters – decided to reinstall her, with just over 2 percent designating a write-in candidate instead.

Portland State University professor Julie Esparza Brown – the first Latina ever to serve on the PPS board -- won the Zone 1 director slot on the board of Portland Public Schools, taking 77.49 percent of the vote against Andrew E. Davidson.

Stephen Marc Beaudoin, the executive director of PHAME Academy, which provides arts education for people with disabilities, will step into the position 6 director seat for the Multnomah Education Service District. He received 54.65 percent of votes. He defeated Doug Montgomery (34.72 percent of votes) and Colby Ross Clipston (9.58 percent).

Siobhan Burke, a special education services provider and former union organizer defeated Kay L. Bridges handily in the race for Position 7, Zone 3 director of the MESD. The lion’s share of voters – 74.49 percent, or 11,526 – cast their ballots for Burke.