A New Leader in Education 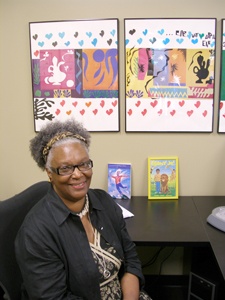 She helped turn around test scores in one of Chicago's most notorious neighborhoods, brought world-class scientists, educators and Tai Chi instructors into schools to help students involved in gangs, and was the founding editor of Ebony Jr. magazine.
Now Connie Van Brunt is coming to Portland.
The new director of the Portland Schools Foundation arrived in town this week and says she's here to listen and collaborate. And if anyone should want to talk about lowering Portland schools' achievement gap, Van Brunt has some time-tested tricks up her sleeves.
"I'm used to doing fancy stuff with kids who aren't expected to do fancy stuff," Van Brunt says with a smile.
The Harvard-educated Van Brunt is proud of the work she did in Chicago, to help schools there close the achievement gap between low-income minorities and their upper-income White counterparts. In Chicago's Cabrini Green public housing project, Van Brunt brought in the Northwest Evaluation Association, a group typically reserved for upper-income schools, to assess students' individual needs. Then, Van Brunt brought highly qualified biochemists, astrophysicists and others to the area to create a "Wiz Factory" for these at-risk children, many of whom were involved with rival gangs. By the time Van Brunt's experiment was over, the children had created a butterfly-restoration project, formed an entomology society and the majority of students went from testing at the 35th percentile to testing in the 50th percentile.
Asked if she hopes to bring a similar model to Portland's schools, Van Brunt says she will if educators in Portland want it.
First, though, the new Foundation director will establish relationships with legislators, education leaders and others to ensure the "continuum" of Portland's education system.
Van Brunt says she believes strongly in the effectiveness of public education, and that her role as director is to support that system once the official school day ends.
"We're all in this together," she says. "Education is a continuum."
Many local Black leaders say they're excited about Van Brunt's arrival.
Marcus Mundy, director of the local chapter of the Urban League, says his organization has worked with the Portland Schools Foundation for many years and that he welcomes a fresh way of thinking from outside the city, especially someone with a background like Van Brunt's.
"The leaders you see (in nonprofits) haven't lived in a silo their entire careers," Mundy says. "She (Van Brunt) knows how to get things done. … She has a broad range of experience."
Three decades ago, Van Brunt started Ebony Jr. magazine as part of her master's thesis at Harvard. Those in the Black publishing industry considered her daring when she set out to design a magazine entirely for African American youth. She first marketed the magazine in the South American country of Guyana, where a large population of Africans still live and where Van Brunt's family originated. She is a descendant of escaped slaves from Suriname – "contentious folks" she calls them — before coming to the United States, as well as Choctaw Indian Freedmen – Africans who mixed with Native American Choctaw Indians.
After Harvard – a school her family thought might alienate her from her African American heritage, but has served to provide her with lifelong contacts in the academic world – she continued on with doctoral work at the Erickson Institute at Loyola University in Chicago.
Van Brunt is the Portland Schools Foundation's first African American director. She will meet with Portland's African American leaders at 5:30 p.m., Thursday, July 12 at the Legacy Emmanuel Hospital Atrium, 2801 N. Gantenbein Ave. for a welcoming reception hosted by the Urban League of Portland. The reception is free and open to the public.