Multnomah County and Partners Team Up for Teen Health 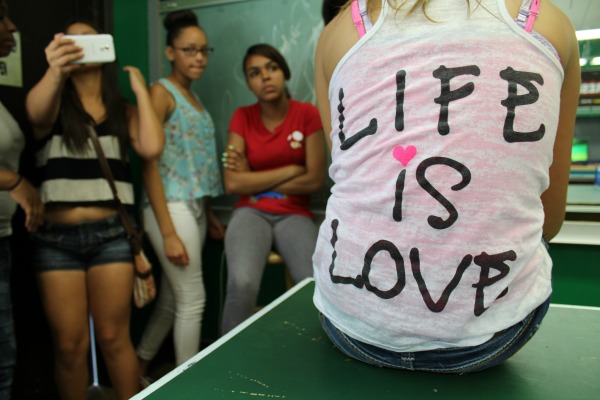 The county is partnering with Self Enhancement Inc., Latino Network, Native American Youth and Family Center and Planned Parenthood Columbia Willamette to create the Adolescents and Communities Together (ACT) project.

The Federal Office of Adolescent Health will fund 60 locations throughout the nation, giving each project $1.25 million per year for five years.

Kim Toevs, manager for the STD program within the Multnomah County Health department, said this grant would enable the county and partners to do a lot of outreach.

Involving parents is one of the most important parts of the initiative, she said. It is also one of the most complicated pieces. Despite the perception of the rebellious teen, Toevs said teenagers take in a lot of influence from their parents.

“Parents need to initiate that conversation, but parents often feel like they don't know how to do that,” Toevs said. “They don't know if what they know is up to date anymore from their own youth.”

Birth Rate for Black Teens is Almost Double the Average

Part of the grant will fund safe spaces for parents to gain the information and confidence to talk to their children about sex.

The grant would also pay for new sexual education curriculum and cover the cost of training teachers – costs that would normally come out of the tight school district budget.

Local teen birth rates for African American, Latino, and Native Americans are higher than the national average. Across the country, there are 22.6 births for every 1,000 females between the ages of 15-19; in Multnomah County, the birthrate for Black teenagers is 40.5 per 1,000, according to Oregon Vital Statistics.

Toevs said the goal is not necessarily to keep teens from having children if they desire them, but to address the issues of poverty, lower high-school completion rates and lower household incomes that can impact birth outcomes and hit a young family hard.

ACT Project Will Focus on STD Prevention and Relationship Skills

The ACT project would also address sexually transmitted infections. Black teenagers are shown to have the highest rates of chlamydia and gonorrhea of any racial group in the county.

The project would focus on neighborhoods and school districts with high populations of Black, Latino and Native American students and often high poverty rates. These neighborhoods also have either high rates of teen pregnancy, high rates of sexually transmitted infections or both. The county has already determined these areas of focus:

The county says the ACT project will use a positive youth development model. The approach focuses on teaching positive life skills to develop a sense of self-value. Beyond sexual health awareness, the method would includes relationship and communication skills, health care advocacy and violence prevention.

Toevs said it is also very important for the county to take a trauma-informed approach to this work. Long-term institutional inequities that have led to income disparity, nonconsensual medical experimentation and forced sterilization have all created an understandable distrust of government intervention.

The ACT program openly acknowledges these social determinants of health and employs a spectrum of different people from the community to work side-by-side with outreach partners.

The county will know if they got the grant around July 1, and Toevs says they’ll be ready to plan with their community partners as soon as they get the grant.

For Toevs, she hopes the grant will give teens the confidence and information to choose when they want to have children.

“Being able to have the skills you need, and the access to the healthcare you need, to be able to make your own choice about when and if you are going to have kids, that is the goal,” Toevs said.