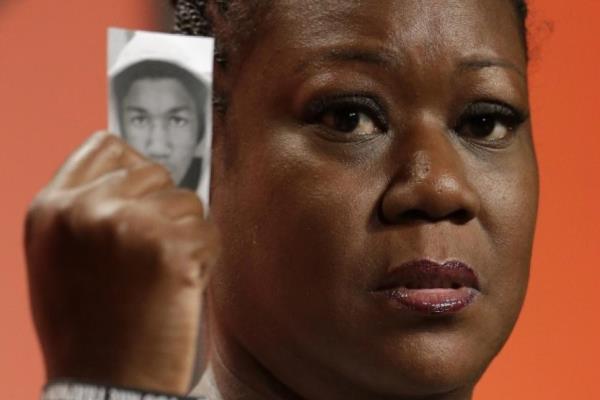 Sybrina Fulton, mother of late Florida teenager Trayvon Martin, will speak to a special gathering in Portland, April 13, from 6:45 to 8:30 p.m. at the Maranatha Church.

Fulton will deliver a message of youth empowerment in an event that is free and open to the public.

The following day, Fulton keynotes the 23rd Annual YWCA Inspire Luncheon and fundraising event, bringing some of the area’s most prominent businesses and community leaders to the downtown Hilton Portland & Executive Tower.

Longtime activist Joyce Harris, who helped in bringing Martin’s mom to Maranatha after hearing she would be in town, says she sees the night as “bringing together the village,” and an opportunity to “reignite” the sense of unity and responsibility amongst the community.

“We don’t have a lot of opportunities in Portland for cultural events,” Harris says. “So when those opportunities come around we need to understand that it’s not just the adults that need that cultural healing and connection—it’s the young people too.”

Fulton became an activist after her son Trayvon was shot by neighborhood watchman-turned-vigilante George Zimmerman, who walked free after a court trial.

“She realized that I have got to speak up. What’s so beautiful, is she clearly understands when she speaks up, it’s not just trying to address the injustice that happened to her son, but for all her kids,” says Harris.

“We still have people that don’t actually realize that racial profiling and racial discrimination are actually happening because it’s not happening to them,” Fulton said in February during an interview with James Terrell. “You need people like myself to bring that point out. I call it the ugly truth.”

Fulton’s visit to the Maranatha pulpit will be her first time addressing a crowd in the Rose City.

In 2013 she was scheduled to keynote the Black Parent Initiative’s annual symposium but was forced to cancel due to a family emergency.

In the days following the “not-guilty” verdict handed in by a six-woman Florida jury, acquitting Zimmerman of second-degree murder and the lesser charge of manslaughter, Portlanders joined outcry across the nation in part by pouring into the streets.

Hundreds, if not thousands, gathered in solidarity with Martin’s family in a series of protests against unjust killings, racial profiling, and a lack of accountability in the justice system.

Despite temperatures that week topping the 80’s, many Portlanders donned hoodies during the Summer 2013 rallies.

Martin wore a hoodie the night he died while carrying nothing but Skittles, iced tea and a cell phone; he was talking with a friend during the confrontation with Zimmerman.

Zimmerman has been arrested on domestic violence charges three times since his acquittal in the Martin case.

The hoodie has gone on to become synonymous with how Black and Latino youth are unfairly criminalized and profiled in the time since Martin’s passing.

Activists say public outrage over Martin’s killing served as the launching pad for the growing #BlackLivesMatter movement which was created as an “ideological and political intervention” to the disparate treatment of Black Americans.

Issues of police shootings, gang violence, and vigilante killings, have been at the heart of the emerging movement and has brought people together from around the country--it even inspires a spate of proposed new laws in Oregon.

The movement gained significant steam in the wake of other high profile deaths of Black people including Eric Garner in New York, Tamir Rice in Cleveland, Jordan Davis also of Florida, and Mike Brown Jr. in Ferguson, Missouri.

Here in Oregon, State Rep. Lew Frederick has named the movement as one of the main reasons he has introduced 11 police-reform bills into the legislature, with the aim in-part of reducing profiling.

In addition to Fulton’s speech, the program will include spoken word, poetry, and music from youth and other community members as well.