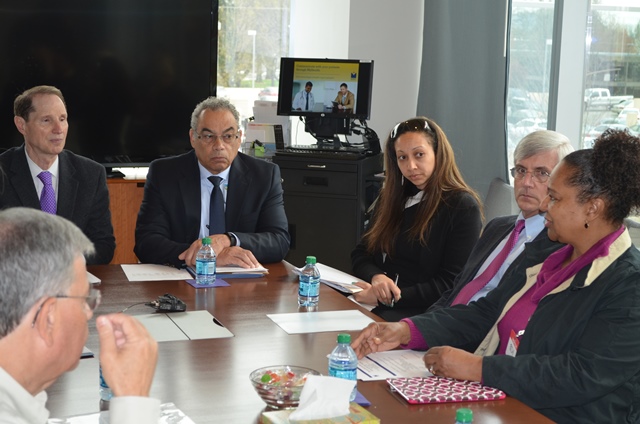 SALEM, Ore. (AP) — Oregon hospitals won't reduce spending on services that benefit the community, even though the facilities are spending far less on uncompensated charity care because more people are insured, an industry group said Tuesday.

The need for charity care has dropped precipitously since President Barack Obama's health care overhaul — the Affordable Care Act, or ACA — took effect. Only 5 percent of state residents remain uninsured, compared to 14 percent before the ACA.

"The ACA has been so successful, and the uptick happened so quickly that charity care has really dropped significantly," said Andy Davidson, president of the Oregon Association of Hospitals and Health Systems.

The association said Oregon hospitals will provide free care to low-income patients who are not on Medicaid.

Out-of-pocket costs will be paid for patients earning up to 200 percent of the federal poverty level, or $48,500 for a family of four, it said. That includes people who have low-cost insurance plans with high deductibles and copays, Davidson said.

All but two of Oregon's hospitals are nonprofit organizations, requiring them to benefit the community to retain their tax-exempt status. Charity care has historically been a significant portion of their community benefit portfolio.

If charity care spending drops, the hospitals will make up for it with more spending on other public services, the group said.

In 2013, hospitals collectively spent $405 million on charity care, about 4.5 percent of total revenue, according to data from the Oregon Health Authority.

Compliance is voluntary for individual hospitals, but Davidson said the guidelines were thoroughly debated internally and he anticipates nearly all of Oregon's 58 hospitals will participate.

"If they don't do these things, then of course we start questioning why they're tax-exempt," Bates said. "I think they're doing the right thing. I appreciate it and I applaud them for it."