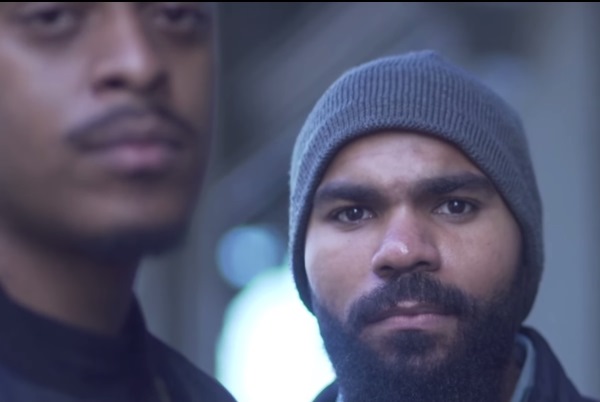 A screenshot from the short-film 'Future: Portland' the premiere offering of Brushfire Creative Partners, which is a new media agency with a mission to nurture Portland's Black community. Photo via Youtube

Its mission is to act as a “Socially Sustainable Creative Agency” and foster community without any elitism.

“We believe that transparency in the media industry and accurate representation of culture are critical elements of a functioning community,” says Bell, a former producer for both NPR and OPB.  “Creative industry and processes related to expression deserve the same kind of public attention and scrutiny as is applied to the fossil fuel industry.”

With gentrification moving rapidly through neighborhoods once predominately Black, the vanishing act has also taken with it many key social spaces for the community. In its premier offering, Brushfire addresses this issue along with its effect on the collective psyche of many Black Portlanders in a video titled ‘Future: Portland.’

“Physical location is really critical to people, and I think especially to Black folk,” says Black Parent Initiative founder Charles McGee, in the video. “Spaces have always been not only places where we gather, but places where we get fulfilled. Where we see each other, where we tell our stories and where we become whole again.”

The short video was inspired by one of Bell’s essays published in Oregon Humanities' quarterly magazine, titled “The Air I Breathe.” In it, Bell details at length his experience living in Portland as a man of color, his decision to leave OPB, and his subsequent move to Philadelphia.

Right before splitting with OPB and moving to Philly, Bell met Jacobsen and Bushfire Creative Partners was born.

He speaks highly of his former employer—but Bell says it was time to move on and tell the stories of the Black community in a different way.

“Brushfire is about owning and controlling the media that we create, that comes from people of color,” he asserts. “We express ourselves, and those expressions that take the form of art and music become a part of a larger collective, the larger community. [It’s] something people can see, hear, and make money off of.

Jacobsen says, in addition to community, she hopes that their agency will also act as an agent of trust.

“We live in a time where social barriers are breaking down very rapidly, and the interest of industry to capitalize on newly available social assets can sometimes come at the expense of broken cultural trust and exploitation,” she says. “Part of BCP’s mission is to provide examples and solutions that prevent that from happening.”

For more on Margaret Jacobsen’s work visit her website: http://margaretjacobsen.com/