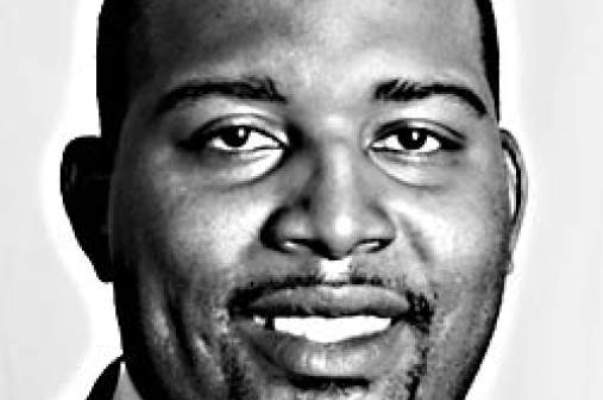 Seasoned King County politician De’Sean Quinn recently announced his candidacy for mayor of Tukwila—a growing city of just over 19,000 that is seeing more residents thanks in part to the growing cost of living in its northern neighbor of Seattle. Quinn, a six-year member of Tukwila City Council made the announcement following incumbent Jim Haggerton’s decision to retire, with his second term wrapping in December this year.

42-year-old Quinn, lives in Tukwila now but grew up in Seattle’s Beacon Hill neighborhood and got his degree in Political Science from University of Washington.

Now Quinn, with multiple political campaigns under his belt and a resume that includes Water Quality Planner and Project Manager with the King County Department of Natural Resources and Parks says he’s excited to bring his experience with him into the City of Tukwila’s head office.

The Skanner News spoke with Quinn about his candidacy and what he believes he would bring to the office of mayor.

TSN: You’ve been one to focus on the economic root of big problems like Environmental Justice. Poverty has long been documented as a factor in high crime areas. What is your plan to reduce crime along International Boulevard which has been a main point of concern for citizens and officials?

DQ: The first time I ran, I ran to revitalize the Boulevard. Since I’ve been on [City Council] we’ve passed an Urban Renewal Plan which then led to police investigations of the hotels  and the city now owns between 4 and 5 of the hotels where a lot of the crime was generated.

Obviously there was a perception, but there was real data to back that up and I was wholeheartedly supportive of that. We also went to DC to lobby for community policing in that particular area and we were awarded the funds my first year on Council. So we’re doing a lot, and the plan is to do a whole lot more. I think right now in the short-term is get this big development started which is Tukwila Village, but also attract developers from across the country that want to do transit-oriented development and really just being a promoter of economic development on Tukwila’s International Boulevard that’s always been something I’ve been in favor of and will remain an advocate for and I will continue to do that if I’m selected as mayor.

TSN: Gentrification is a national problem, hitting home hard for Seattle right now and seeing a lot of former residents of the city taking to Tukwila. How do you plan on addressing the concerns of the new influx of residents, with the existing concerns?

DQ: Tukwila has a history of being a working-class community. Back in the 1950s it was plain-workers who decided to call Tukwila their home so they bought their homes and raised their families there. It’s still a working class community, there’s still those middle class jobs but there’s more service jobs as well and the thing I keep re-emphasizing is their fundamental values are the same--better quality of life and to have a better quality of life for their kids. And I’ve always did that in my career, you know, make a connection. That’s one of the reasons I decided to move there. Affordability is always an issue, and it will continue to be because I don’t think the city of Seattle is going to get any cheaper to live.  We need to make sure we have the infrastructure to support the people coming in. I think it’s a great thing because it just means Tukwila can continue to be a powerful city, growing city, and a city that’s there for everybody. That’s one thing people always talk about, Tukwila’s diversity. We have the most diverse school district in the country and that’s something that we are all proud of.

TSN: How would you work with Seattle and their political entities to shape what you’re doing as Mayor of Tukwila?

DQ: Obviously we’re independent and we’re competing with Seattle like anyone else. However, my career has been working with Seattle and King County. One of the major responsibilities I had was Regional Relations so I know a lot of elected officials in the City of Seattle and have worked with them for years. I still have good relationships, and I’m going to use those to bring people to the table so we can work out our issues. That’s probably one of the things right now, that I bring to the table that probably hasn’t been brought in a long time.

TSN: You’ve called your work as a Council member your “mentor.” What lessons would you bring with you into the Mayor of Tukwilla’s office?

DQ: Vision that I learned from working for [former Washington Governor] Ron Sims. I’ve built a coalition with my work with entities across the board. People kind of know me as someone that is talkative, intelligent, and willing to work with many people. I think also what I’ve learned is that our responsibility is to the people we serve. There’s a huge service component that gets lost in some of these kind of political offices—first we’re servants. That’s what I do, provide public service to the residents in the community across King County. I also learned that you have be thoughtful, you have to listen and you have to be willing to take chances if it benefits the community that you live in.

TQ: What lessons have you learned from the incumbent Mayor Jim Haggerton—if any?

DQ: I think he’s been good on fiscal accountability responsibility—that’d be one thing I’d continue. I’m responsible for building those budgets as well.

I think the one thing important to bring to this office is accessibility to the people. I’m going to be an attentive mayor [because] unless you’re on the ground you can’t know everything. So coming out of City Hall and going into the neighborhoods and going door-to-door is how you make sure you’re aware of all issues.

TSN: Would you be the first Black mayor of Tukwila if elected?

DQ: [Laughs] That’s an easy question, I would be. That’s something that I would be proud of as well. You remember I was talking about the diversity of our school district. In the schools there’s so much diversity and I think the kids have figured out that people bring their experience to the things that they do. I look at the kids as inspiration, they’re so different and don’t know they’re different. Differences are kind of the norm. So sure, I have a different experience and I’m excited about the opportunity to be mayor and bring all the things that I’ve learned through my work with me.

TSN: Anything else you’d like to add about your platform and/or your candidacy for Mayor?

DQ: I’m excited for the opportunity to work with the school district because it’s a small and we can do really amazing things. Between the City administration and the district we can make this community a very strong place and it’s an opportunity to bring us together. Seattle used to be kind of the place to go but now you’re seeing businesses, entertainment and [other ventures ] are looking for other places to be the landmark so I’m really excited about that opportunity that exists with that. It’s more of a region now, than Seattle central.