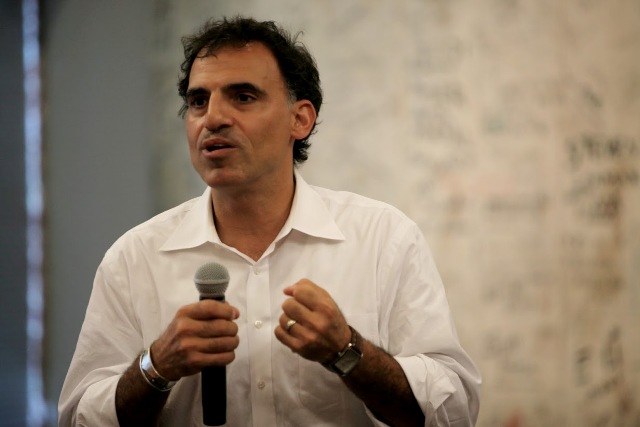 A year into his new job at United Way of the Columbia Willamette, CEO Keith Thomajan was at a crossroads. Listening to his staff and board, Thomajan had heard their hunger for real change. At the same time, reports on family poverty in Multnomah County showed the problems were persistent.

"Nearly half of the kids in our region are growing up in desperately low-income families," Thomajan says.

"On a daily basis they are making choices between food and rent. That was staggering to me."

United Way staff knew they had been funding some excellent work, but they wanted to do more. They wanted to break the cycle of poverty that sees children who are born poor stay poor."

"Despite our long history of doing good, we saw that our kids and families in poverty were falling farther and farther behind," Thomajan says. "And when we looked at the data by race, we saw profound and savage inequalities for communities of color."

United Way of the Columbia Willamette estimates that from 2000-2012 child poverty rose by 65 percent across its service area: Clark, Clackamas, Multnomah and Washington counties. That means about 100,000 children in our region live in poverty.

Founded 125 years ago, United Way is made up of dozens of local groups which each set their own funding priorities. Taken together, these local groups form the largest nonprofit in the world, pulling in donations of more than $5 billion a year.

Locally United Way of the Columbia Willamette brought in $21.6 million last year. Donors earmarked just over $12 million for their favorite charities. The rest will go to the nonprofit’s three key programs:

Thomajan, just named Nonprofit CEO of the Year by the Portland Business Journal, says breaking the cycle of poverty demanded a new approach.

To get there, United Way’s leadership group rewrote their funding policies. Instead of doling out grants check by check to worthy programs, they would make a bigger long-term commitment to a smaller group of organizations. And instead of funding each nonprofit to work alone, United Way would ask them to work together.

The new community transformation strategy, Successful Families 2020, is at the heart of the new plan. It will fund six nonprofits for five years: Self Enhancement Inc., Albina Head Start; Immigrant and Refugee Community Organization; Latino Network; Metropolitan Family Service; and the Native American Youth and Family Center. Self Enhancement Inc., is the lead organization.

The six will share $750,000 a year for the next five years, a total of $3.75 million. The money is unrestricted, but it comes with a mission. All six organizations must work together to shift the needle on poverty.

Across the region, 100,000 –that’s one in five – children are living in poverty. Successful Families 2020 will work with around 5,000 of those children, helping them graduate from school. Up to 200 of those students should be able to attend college, improving the group's expected lifetime earnings by $150 million.

"These are all organizations that are getting outsize outcomes," Thomajan says. "Our belief is that if we can start to amplify success for these families we will begin to see systemic change."