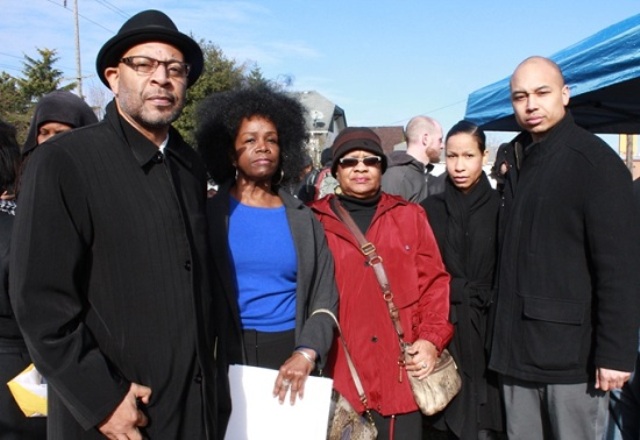 Hundreds have already weighed in on Portland Commissioner Dan Saltzman’s $20 million North/Northeast Housing Plan, but Monday night Portlanders get another opportunity as well as a free dinner.

Last year, after a perceived uproar from some inner Northeast Portland residents over the Trader Joe’s corporation’s decision to pull out from a proposed grocery store at Northeast King and Alberta Streets, Mayor Charlie Hales moved to dedicate an additional $20 million in Tax Increment Financing dollars from the Interstate Corridor Urban Renewal Area to affordable housing in the zone.

City officials say it is “an effort to begin to address the ongoing threat of displacement and gentrification.”

Since the money pot was scraped together, the Portland Housing Bureau has held repeated public forums around the city, collecting input from more than 450 residents, as well as grassroots leaders from the faith community.

“Recognizing the difficult history that lead us here, the Portland Housing Bureau (PHB) determined that any plan would need to be guided by the community itself,” the project’s organizers said in a statement inviting listeners to Monday night’s event.

The Housing Bureau’s proposal for how the $20 million is spent – already presented to the City Council and awaiting approval – has been boiled down to four spending areas:

1       Preventing displacement with home-repair funds via a) single family home repair loans at zero percent interest, dedicating $3.2 million over the next five years to an estimated 80 households; and b) smaller grants of up to $5,000, targeting about 160 households and costing $800,000;

2       Creating new homeowners by a) increasing the Housing Bureau’s Down Payment Assistance Loan program, targeting about 40 households and costing up to $2.4 million;

3       Creating “permanently affordable” rental homes, “investing with community based organizations to leverage their expertise and additional funds,” creating 40-80 units and costing “$4.5 million plus land; ” and redeveloping “one or more additional properties either owned by PHB, the County, or other partners,” developing 30-60 units at a price of $3.5 million;

4       Land acquisition, via a) obtaining more land to be used for “permanently affordable housing;” and b) “Work with the community and other institutions to leverage additional funds for this purpose,” at a cost of $3 million.

While critics have challenged the Housing Bureau’s intentions – and many at the public hearings have suggested a lack of accountability for making affordable housing promises in the past – the bureau is also planning a citizens’ oversight committee to track the plan’s progress.