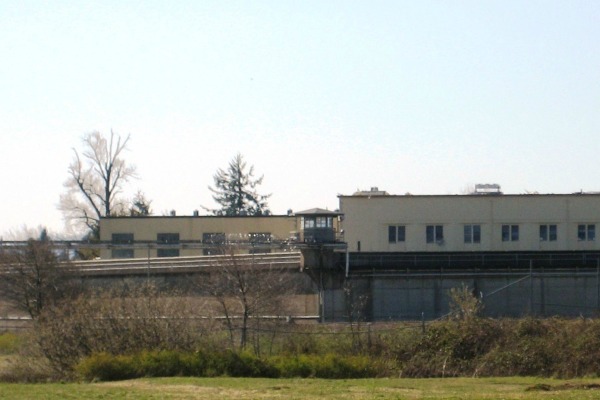 An Oregon man who killed a police officer in 1992 appeared before the Board of Parole after it reversed a decision to release him, saying he feared for the safety of his family after the victim used pepper-spray and failed to identify himself.

The hearing on Tuesday came after Sidney Dean Porter was granted parole in May 2013 and the decision was overturned a few months later after Gov. John Kitzhaber and law enforcement objected.

Porter's next earliest release date would be June 7 if the parole panel rules in his favor.

Porter acknowledged to the three-member board that he was an abusive drunk back in 1992. Porter said he struck his wife with the back of his hand during a night of heavy drinking in April of that year.

John Day police officer Frank Ward responded after a neighbor called 911 to report the sound of a woman crying for help.

Porter told the board that Ward never identified himself as an officer, repeatedly shot pepper spray into his eyes, and that Porter feared for his and his family's safety as he and Ward wrestled on the floor.

"I felt threatened — it scared the hell out of me," Porter told the panel and a crowd of about 30 people in the visiting room at the Oregon State Correctional Institution. The crowd included Ward's widow, Debra Ward.

Porter said he stopped fighting when he realized Ward was an officer. But, he said, Ward pepper-sprayed him again, prompting him to lunge at the officer. Together, they slammed into a wood stove and a stack of firewood. That's when Ward stopped moving, Porter said.

"He doesn't seem to recall that he smashed the wood down on Mr. Ward's head," Carpenter said. "He continues by justifying, denying and minimizing his actions."

One reason cited for the 2013 parole reversal was that Porter didn't have a plan to prevent a relapse into drinking, if released.

He said Tuesday he would live on his sister's ranch in remote Monument, 60 miles from John Day, and regularly attend Alcoholics Anonymous meetings.

Debra Ward, meanwhile, asked the board to keep her husband's killer in prison for life.

"Every time you open this up, it hurts," she said. "This is going to haunt me the rest of my life."

The Board of Parole said it will rule as soon as possible.