The Entrepreneurial Journey of Mia Charnelle 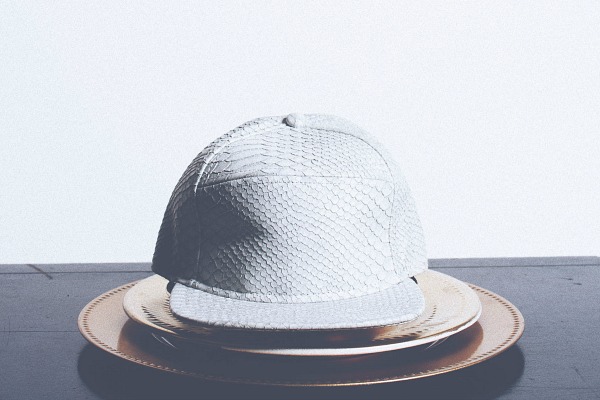 The "Whvte Crown," a 6 panel strapback white snake leather cap. One of the designs of the BLVCK QVEEN line from designer Mia Charnelle

As 2014 comes to a close, apparel designer and stylist Mia Charnelle finds herself at a precipice. Leaving behind the security of a successful business partnership, Charnelle is about to release her first solo clothing line, BLVCK QVEEN.

Available designs include a black leather hat and white snake leather cap - two crowns for the Qveen line. Charnelle plans a full release for early 2015 which will feature wallets and accessories. Eventually she hopes for BLVCK QVEEN to become a lifestyle brand of apparel and home goods.

For the 23-year-old entrepreneur, the decision to go into business for herself is motivated by her journey of self acceptance.

Charnelle grew up in Louisiana in sheer poverty. One of five siblings, she described living in a “real country down home” house with holes in the floor. The family moved to the Northwest, but her parents still struggled with on and off employment, sometimes bringing home as little as $94 a week.

In her senior year of high school, Charnelle came out as queer, creating a rift between herself and some of her family.

“[It] was difficult for me coming out as well,” she said. “I dealt with being disowned by a lot of people; it was a whole different kind of struggle for me, feeling like I was worth something.”

Charnelle searched for her place in the world as an out and proud black woman. After a brief stint in the Navy, she found herself at the Art Institute of Portland studying fashion marketing and training to be a stylist. Disenchanted with school and looking to explore raw creativity and trial and error of design, Charnelle partnered with Diamond to start the urban wear outfit Triibe Movement.

After two fairly successful years with Triibe Movement, Charnelle is ready to start from scratch again. This time, she is pursuing dark and minimal high-end design.

Stepping away from 15-minute fads and disposable culture, her new aesthetic is focused on timeless pieces. Charnelle gravitates toward classic garments like a slim-fit tailored black suit that is made so well a father could pass it on to his children.

She also takes inspiration from a toiletry bag that her father got as a gift before she was born which is still in good condition after a lifetime of use.

“I hated knowing that people will buy t-shirts from me before and then I would see them in Buffalo Exchange over the summer… I want something to last.”

Going from $15 t-shirts to $50 high-end leather hats is its own leap of faith. Charnelle describes this new business as a “physical affirmation” affirmation of everything she is. To stand alone, behind her designs is the ultimate test of self-confidence.

“You have to believe in yourself when no one else does, that's for sure,” she said. “If you feel insecure about something, they are going to see that in your designs.”

According to Charnelle, success will come through a blend of pride, brashness and even a bit of delusion that keeps her going when the gains seem few and far between.

The work is not easy - dealing with sporadic income and the emotional and mental costs of putting her name on the line. But she describes how rewarding it so to say that she is 23 years old and a small business owner.

“I overcame a lot of different struggles, and I am still here so that's always a good feeling,” Charnelle said. “It’s much deeper than just clothing for me.”