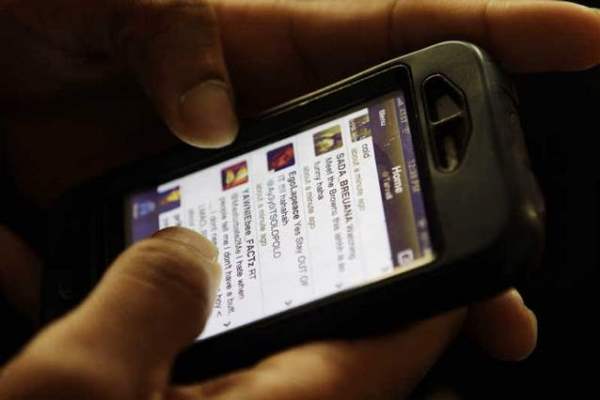 After a jury awarded former AT&T employee Jeanine Clair over $224,000 in her discrimination suit, the Portland woman says she is happy she fought back against the corporation.

Clair, 32, won her case earlier this month against the telecommunications giant, in an 11-1 decision.

A former part-time sales representative at AT&T’s downtown Portland store and the only African-American at her location, she was subject to on-the-job retaliation for complaining about a co-worker who used a racially derogatory term to describe Black people and later stated that people of a different race smelled bad.

“I was pleased that the jury was able to see what AT&T did was wrong and improper and I felt like my judicial system worked; especially in a time that, especially with minorities, things that are so wrong have not been righted,” she told The Skanner News.

In January she heard a co-worker using a racial epithet while singing along to a Jay-Z song; that Clair didn’t report. But three months later, in April, 2013 Clair says two additional incidents came as her tipping point.

First came comments from co-workers on the smell of two Middle Eastern people outside the store; second a group text-message Clair received on her company phone while off the clock where a peer used a variation of the slur “nigger.”

“It was just things that were just disrespectful towards other minority groups, were being said out of context. And it just kept happening too many times, for me to assume that it was just an honest mistake,” says Clair who had been working at the downtown store since October 2011.

After the third incident, Clair complained to her supervisor.

What she received in response says, Michael Estok, Clair’s attorney was claims by her superiors that Clair was creating a divide in the workplace and that an investigation would not happen.

Three months later an investigation (the one management had told Clair would not happen) was completed, without speaking toher nor her union and found no workplace misconduct because the text messages from the latter incident happened off the clock.

AT&T spokesperson Suzanne Trantow said in a statement that the company has “no control” over what happens outside the workplace. She also called the jury’s ruling “unfortunate.”

It is unclear whether the employees that made the racist comments named in the lawsuit still work for AT&T in the aftermath of the Multnomah County Circuity Court jury’s decision.

This decision comes in the wake of a $10 billion discrimination lawsuit launched by The National Association of African-American Owned Media against AT&T and DirecTV in December for race discrimination in violation of the Civil Rights Act of 1866 affirming that all US citizens are equally protected under the law.

Contrary to Clair’s case, this suit does not focus on individual employee treatment, but examines both corporations spending trends as proof of their racism by allegedly spending 16 billion combined, every year for channel carriage license fees, but don’t pay anything to 100 percent Black-owned media companies.

It should be noted that Diversity Inc. listed AT&T as one of its top 10 companies for diversity and inclusion in 2014 particularly for advocacy work they’ve done for women, LGBT employees, veterans and people with disabilities.

Rev. LeRoy Haynes Jr., one of a team of people assisting Clair in developing her case, and a veteran of the civil rights movement says her victory is an example of how collaborative approaches to justice can be effective.

“I think it shows working with persistence, that collaboration with other groups, and community support make a difference,” says Haynes.

Clair, who studies at Portland State University, says she would only work for AT&T now if she were put in an executive position or was dealing with discrimination claims, or working in diversity.