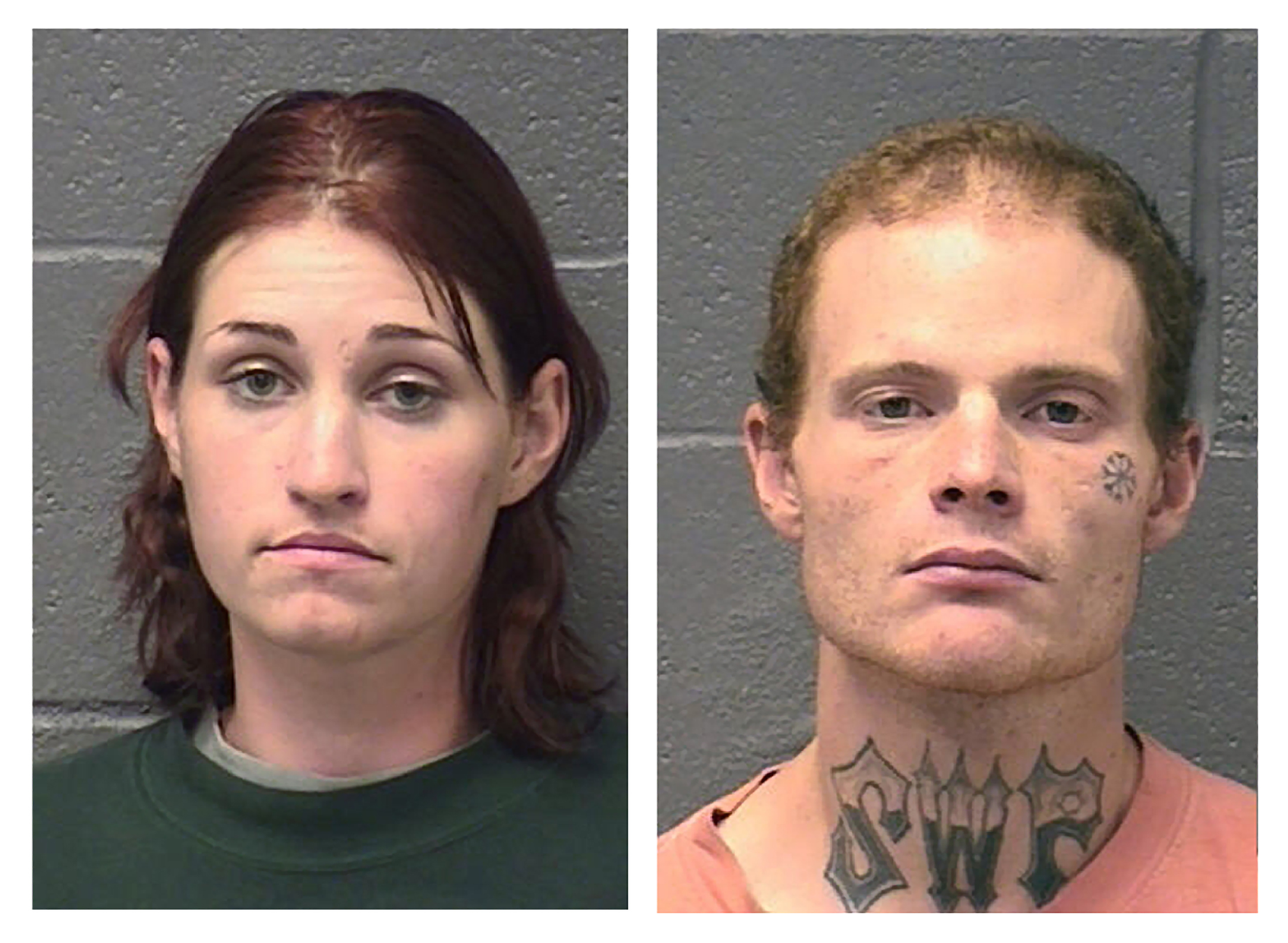 This combination of booking photos provided by the Oregon State Police on Oct. 6, 2011 shows Holly Grigsby, left, and David Joseph Pedersen. An Oregon State Police detective, David Steele, who investigated the 2011 Northwest killing spree by the pair of white supremacists is expected to plead guilty to charges of forgery and official misconduct related to the case, a prosecutor said today. Steele will enter the plea Friday, Dec. 5, 2014 at his arraignment in Salem, Ore., and be sentenced according to officials.(AP Photo/Oregon State Police, File)

SALEM, Ore. (AP) — An Oregon State Police detective who investigated a killing spree involving a pair of white supremacists was sentenced Friday to 18 months of probation after pleading guilty to forgery and official misconduct related to the case.

As part of the plea bargain, David Steele also resigned and was fined $300. He apologized in a statement read in court by his attorney. The statement provided no explanation for his conduct.

Steele was the lead investigator into the nine-day rampage in 2011 of Joey Pedersen and Holly Grigsby that claimed the lives of Pedersen's father and stepmother, an Oregon teenager the couple mistakenly thought was Jewish, and a black man in Northern California.

The government alleged the slayings were committed as part of a campaign to purify and preserve the white race.

In a supervisory opinion released this summer, the trial judge in the federal case said Steele withheld and destroyed evidence, backdated reports, and listened to confidential defendant-attorney calls.

In his plea agreement, Steele only acknowledged photocopying the cover sheet of a supervisor-approved report in the case and hand-altering the date and page numbers. He then attached it to another report, bypassing the need to have his supervisor review and approve it.

Prosecutor Paige Clarkson said that amounted to forgery of the supervisor's signature.

Clarkson said the case will create the need to audit all of Steele's work since 2001.

Plea agreements by Pedersen and Grigsby forbid them from appealing their cases, which ended with sentences of life in prison. They initially faced possible death sentences, but that option collapsed when Steele's work came under scrutiny.

Pedersen used the leverage gained from the missteps to secure lighter sentences for a couple who helped him during the killing spree. Federal prosecutors also agreed to let him have a grilled salmon dinner in jail.

Clarkson told the court that the family of Cody Myers, the Oregon teen who was killed, said Steele had promised to do right by them.

Steele, however, "betrayed them, and they lost faith in the criminal justice system as a result of his conduct," she said.

Marion County Judge Jamese Rhoades, in sentencing Steele, said police are supposed to wear a "white hat," and the detective's behavior will have great consequences over the long term.

"At no time can any of you wear a black hat, because then it casts a pall over everybody else," she said. "It makes others distrust what other police officers do. And in this specific case, the state is going to have go back and look at all the cases you investigated — at great expense."

One of his attorneys, Richard Wolf, attended Friday's sentencing but was not allowed to address the court. Afterward, he criticized Steele for obtaining privileged communications, and said the detective should have gotten time behind bars.

"It's really quite outrageous that he's just permitted to resign," Wolf said.