Driving While Black: the App 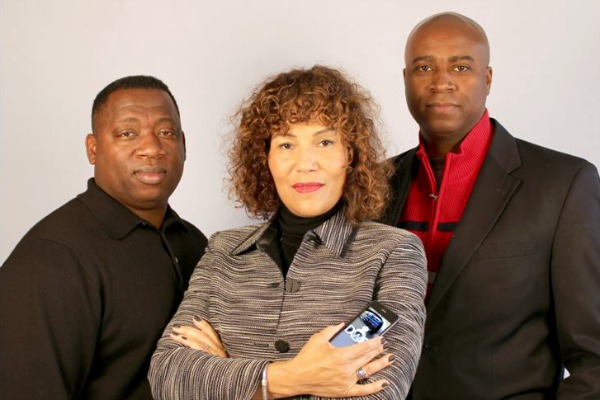 On May 5, 2003, a blue Chevrolet Cavalier was pulled over on North Skidmore Street, carrying 21-year-old Kendra James. What began as a routine traffic stop turned tragic as James was shot and killed by Officer Scott McCollister when she tried to drive away.

Lawyers Melvin Oden-Orr and Mariann Hyland have taken James’ story to heart and created a smartphone app to educate African American drivers about their civil rights during traffic stops.

The app is called “Driving While Black;” it will provide drivers with information about their rights, tips for parents to teach their children about driving and simulations that run through police traffic stop scenarios.

People may feel frightened, vulnerable, or singled out by the police while being pulled over. The Driving while Black team hopes that being armed with knowledge can save lives.

The inspiration for the Driving While Black App has come from multiple moments in history. Hyland remembers being deeply affected by the beating of Rodney King in 1991 in Los Angeles. She had just begun her legal career and was working at a predominantly white law firm. She knew then that she wanted to effect change within the criminal justice system.

After the Kendra James tragedy, Oden-Orr hosted a community forum called “Police Traffic Stops and You,” where police, lawyers and community members discussed how traffic stops should go. Hyland attended this forum and left with a newfound mission.

“I vowed that I was going to do something to educate youth about how to be safe, how to save their life during a law enforcement encounter,” Hyland said.

Even a chance viewing of an MSNBC segment helped create the app. Hyland watched an interview of a man who had created an app for drunk drivers and had an epiphany.

“I thought, you know, we need an app for black drivers, that's something that we really need.”

She assembled an all African American team of herself, Oden-Orr, and software developer James Pritchett to create the app.

For Oden-Orr, the app is a tool to educate people and empower them to make choices in how they respond to the police.

"You do have rights that many people often simply waive without knowing. Whether or not you want to waive those rights is up to you,” Oden-Orr said. “We want to make sure you are aware of what they are and how to activate them when engaged in an encounter with the police."

The Driving while Black app focuses on rights based on the US Constitution, so it can be released nationwide and reach a broad audience, according to Hyland and Oden-Orr.

App co-creator Hyland researched traffic stop data from a 2013 U.S. Department of Justice Report analyzing the 2011 National Police Public Contact Survey. She found that black drivers are 31 percent more likely to be stopped than white drivers and more than twice as likely to be searched.

When Hyland looked at the Portland Police Bureau’s Feb. 13, 2014, Stop Data Collection Report, she found that black drivers were searched more often than the national average.

“In Portland, what's really troubling is the data regarding consensual searches, in that black people consent to searches four times more than white people,” Hyland said, adding that black drivers may not know their rights if they are waiving them much more often than white drivers.

In addition to waiving rights they may not know they have, Oden-Orr says that young African American men will also assume legal rights that aren’t true. When he talks to kids about being a lawyer, they will usually ask him two questions:  How much money does he make and do they have to talk to the police when they are stopped on the street.

But in the situation where police want to hold someone for questioning, that person can’t just leave as the act of leaving then becomes the crime.

"Even if you've done nothing, now you've done something and now they have grounds to charge you," Oden-Orr said.

The app is expected to be available by the end of this December and will work on both iPhone and Android operating systems. Learn more about the app at www.dwbtheapp.com