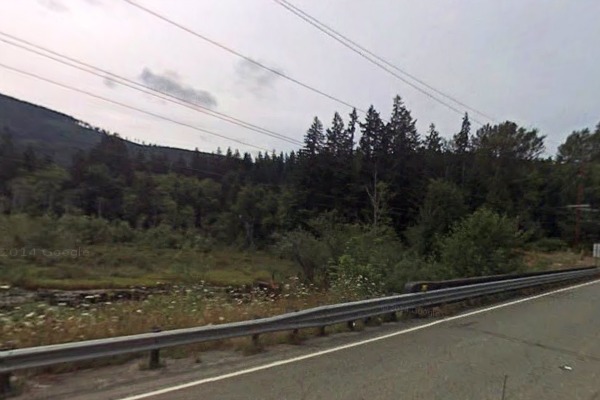 The body of Baby Kimball Doe was found near North Bend Way in Washington. Image from Google Maps

On Feb. 12, the body of a newborn girl was discovered in North Bend, Wash. She was carried to full term and her umbilical cord was still attached. She was named Baby Kimball Doe after a bridge near where her body was found.

This was a death that did not need to happen. In 2002, Washington State passed the Safety of Newborn Children Law which allows parents to leave newborns with qualified individuals up to 72 hours after the birth of a child. Baby Kimball was found a half mile away from Snoqualmie Valley Hospital where she could have been safely surrendered.

The question for the Metropolitan King County Council is how to get this information to parents who are considering giving up their newborns. On Oct. 15 the council received recommendations to raise awareness of this safe-haven law.

Councilor Reagan Dunn said the 12-year-old law is written well, but people don’t know about it.

“It’s a law that I think is a good law, but there's ways to improve its implementation in the community,” Dunn said, adding that even he, a lawyer, didn’t know about the law before Baby Kimball’s death.

The task force recommendations include; appointing and funding staff to oversee safe surrender projects, incorporating safe haven information into the current sexual education curriculum, and partnering with local, state and national organizations to educate the public about the law.

Paul Cowles, president of A Safe Place for Newborns of Washington and part of the task force, said reaching a younger audience is key to the success of the law.

"If you are trying to reach a younger age group, you've got to use someone their same age, who has their life together, telling them about the law," Cowles said.

Both Dunn and Cowles spoke about the importance of a multi-cultural and multi-lingual outreach effort.

“All of our King County Elections, licensing and license divisions are currently outreaching in different languages, the most frequently spoken; Russian, Chinese, for example,” Dunn said. “We would like to get these materials out in that way as well.”

The Safety of Newborn Children Law allows parents to relinquish newborns at a designated drop-off location such as an emergency department, a fire station, or a federally designated rural health facility. The newborn must be received by a qualified person like an employee, volunteer, or medical staff.

If the infant is unharmed from abuse or neglect, the parents are guaranteed anonymity and can’t be prosecuted for child abandonment.

The task force considered expanding options for relinquishing, but the current laws create a contradiction of confidentiality.

“It would be great to dial 9-1-1 and have someone pick up a child,” Cowles said.

Under the current law, the relinquished newborn in designated drop-offs will be treated without the parent giving any identifying information, but calling 9-1-1 does not protect the confidentiality of parents. Legislative changes would need to be made to the Good Samaritan Law and 9-1-1 confidentiality statutes to expand drop-off location options.

The task force recommendations will be brought to council’s Law Justice, Health and Human Services Committee on Dec. 9 to be discussed and put to a vote.

For Dunn, combatting fear and bringing information is at the heart of the law.

“The bottom line is, human beings run into challenges and when it comes to pregnancy and newborn babies, it can be a complicated, very scary thing,” Dunn said. “What we are trying to do is find a way to save that child; try to find a safe place for it to be, to live and grow.”

Cowles knows that public awareness can literally save lives. According to Cowles, A Safe Place for Newborns of Washington gets 170 calls every year from people who are thinking about relinquishing their newborns, and that 44 lives have been saved over the last 10 years of operation.

Cowles considers the Safety of Newborn Children law to be “miracle legislation” that doesn’t often happen in government.

"It's giving mercy to the mother; it’s giving opportunity and hope the child.”

Learn more about the Safety of Newborn Children Law

Connect with A Safe Place for Newborns of Washington