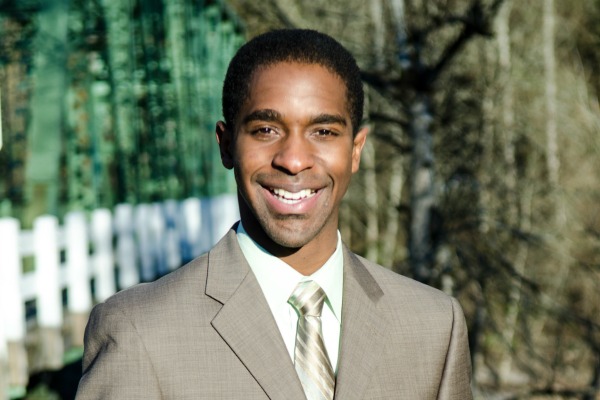 Larry Morgan is a Troutdale native who has traveled far in his 23-year life span. From studying journalism and being elected student body president at Mt. Hood Community College, to his degree from Wheaton College outside of Chicago, to his travels to Israel as a student ambassador.

Morgan returned home to Troutdale and recently won a City Council seat, unseating Norm Thomas, a 12-year council incumbent who is nearly four decades older. The Skanner News asked Morgan to speak about his influences, inspirations, and his hopes for his work on the Troutdale City Council.

TSN: What inspired you to run for city council?

LM: I’ve actually always been involved with politics, so it wasn’t that much different.  There have been some local issues going on and people have always talked about, you know we need new people, leadership from the next generation to represent our interests and so it was the right timing and we did it.

TSN: What do you hope you are going to achieve at City Council?

LM: One of the big issues that we have been talking about to people that wasn’t politically attractive was human trafficking. And talking to people about the kind of plight that is going on, as an African American,  we were educating people that there are more people enslaved worldwide in human trafficking than all those that were enslaved during the transatlantic slave trade.

That’s one thing; work to pass a resolution and hopefully get a task force of some measure that has a lot of teeth to work in the east county region to work on that.

And then one of the big things is getting a partnership, long-term, with Mt. Hood Community College in our region. The average commute time in east Multnomah County and more specifically Troutdale is 26 minutes, so making sure that people can work and live and play in their community is vital and with some new economic development projects like the energy center and, potentially, the expansion of the enterprise zone is vital that we get some programs here, locally, that we call long term employment opportunities.

TSN: Your election website talked about working with both Republicans and Democrats, where do you think the middle ground can be found?

LM: I’ve modelled myself very much on not only pragmatism and being a centrist but finding issues where people that are pro-choice and people that are pro-life can fight for, like human trafficking or finding out ways to better incentivize small businesses that get the same rates as big businesses, so these are just kind of across the aisle, common-sense, rational ideas that anybody can get behind.

And I think people are tired of fights and they are tired of arguments, and they want results, And those are the kinds of things we went after in this campaign that we’re going to continue to talk about, things that bring people together instead of exploiting our differences.

TSN: You have quite a history that goes all over the place with a journalism background, with your mentorship, with your small business. It sounds like you have a way of talking with almost anyone you meet down the street.

LM: Well that’s the plan, telegram, telephone, tell a friend. I went to school at Mt. Hood for a couple of years. Technically, its radio broadcasting, but a lot of people go “what the heck is that, what does that encompass?” but it was a big journalistic umbrella.

When I left that, I was the only student in the state to work for the governor on the post-secondary education higher education team. Then I went to Chicago at Wheaton College, moved back, went internationally to Israel on a state trip with some of the top 40 leaders in the country for international relations, and lobbied. We’ve gone every which way, and every which way has the same story.

TSN: And what is the same story?

LM: It’s the people that are committed and thoughtful can change the world and it’s the only thing that ever has. People, I think, care far less about what you know or even who you know, but they want to know you care. What we’ve done throughout this whole process is that we have engaged people.

Bringing solutions, not more problems, trying to solve problems, that is what I do every day.  Not only in some of the businesses that I have been affiliated with and worked in, but also my real estate career. I don’t get paid unless I solve problems, I don’t think the government should be any different.

TSN: It sounds like you are very passionate about human trafficking, about business, about helping people, about working together.

LM: Being young and passionate and African American and articulate now is almost a red flag in politics and in discourse. You know, we are having to work just as hard as we did, as we would have to have worked in the past to overcome some stuff.

TSN: Can you speak a little bit more on why you think that being young and passionate and African American is a red flag right now?

LM: Well I think that President Obama for better or for worse, and I am not here to throw partisan rocks, he told a lot of people a lot of things and waxed eloquently, whether here or Germany or wherever.  I think people that have been disenfranchised and disregarded politics for a long time gave him not only hope that their voice mattered and that they could be a part of the process, but we could, I think as Reagan said, build the world over again.

But it didn’t happen, and politics, if it were any slower, it would be a glacier. And I think people, in a society with 24-hour media cycles and twitter and facebook, we want instant gratification and instant results and that’s not how politics is orchestrated or designed. When I am talking specifically on sewer treatment facilities or water rights or human trafficking, I think people are kind of turned off because they think that he’s just the same kind.

They say things about me and my age, the comments alluded to the fact that I was a community organizer. Basically, I worked in mentoring programs for at-risk youth and worked with parents and worked with African American youth on some of the issues of our time. Being adopted, having my father die of natural causes when I was twelve years old; that is something I am very passionate about. People are quick to discredit me because I look like Obama and I talk like Obama and therefore we are the same person. So it’s not probably always going to be the case but we have some work yet to do. That is why we ran very much neutral to the partisan phrase and very much based on results.