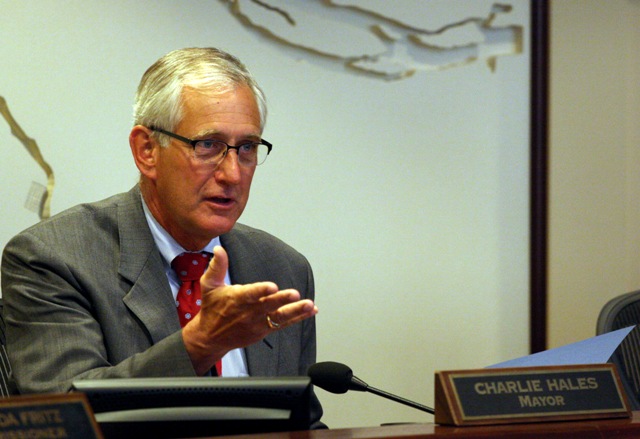 The Portland City Council voted 4-0 in October to appeal a slim slice of a judge’s ruling regarding the U.S. Department of Justice and the Portland Police Bureau.

Since then, I’ve heard members of the community ask: Why? And what impact will this have on the settlement between the DOJ and the City?

Zero. There will be no impact on the reforms we have wholeheartedly embraced.

The Portland City Council and the attorneys who represent us seek clarity regarding the hearings, and the judge’s role. Nothing more.

As a public servant, I wholly embrace the letter and spirit of the DOJ settlement. I recently appointed Assistant Chief Larry O’Dea to become the new chief of police, and much of my decision was based on Larry’s unwavering commitment to these reforms.

The city began implementing changes long before the judge’s much-delayed ruling. In areas of promoting, training and disciplining officers, the changes are under way.

We’ve changed our policies on use of force and use of Tasers. We have increased the Behavioral Health Unit. We’ve adopted wide-ranging policies on de-escalation that already are having a positive effect. Every week, I read reports of police using the power of their words to bring a peaceful end to crises.

This week, we will enter into contract negotiations for a Compliance Officer and Community Liaison. The team we selected includes nationally acknowledge experts in the fields of police interactions with the community, and with people in mental health crises. Joining the team is former Oregon Supreme Court Chief Justice Paul De Muniz.

In December, we will begin seeking members for a Community Oversight Advisory Board. This is another body designed to make sure the residents are heard.

We do these things, not because a judge tells us we must, but because they are the right things to do.

We are committed to reporting our progress to the community, to the Department of Justice, and to the Court. We appealed none of that.

What we appealed was ambiguity in the judge’s role. We had asked for clarity on how we report, and when we report.

So we are asking an appellate court to help us find the clarity we need.

What we heard from groups like the Albina Ministerial Alliance for Justice and Police Reform is this: We do not trust the city.

But moving forward, here’s what I say to the alliance: We trust you.

You’ll be there, every step of the way, along with allies such as the American Civil Liberties Union and the League of Women Voters. You’ll be watching us.

We hope to get clarity on the judge’s role and his hearings. But whether we get that clarity or not, none of those oversight mechanisms will be affected.

Your city’s elected leaders are committed to police reform and to the DOJ settlement. That hasn’t wavered, and it won’t.

Police reform is one of the reasons I ran for mayor. I expect to be held accountable for making it real. And I would humbly submit that a mayor who wakes up every day thinking about the Police Bureau is most likely to succeed at leading it.

Charlie Hales is Mayor of Portland and serves as Police Commissioner.