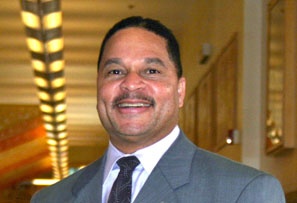 He was once hailed as a cure for Jefferson's ills, but one year after being appointed principal of Jefferson High School, Leon Dudley has resigned.
The Jefferson administrator has been on medical leave since early April, but said Friday, June 15, he is retiring for personal reasons and will rejoin his family in Texas.
"Leon Dudley has a track record of leading urban schools and significantly raising achievement, particularly for students of color," said Portland Public Schools Superintendent Vicki Phillips in a press release sent out earlier this week. "I respect his personal decision to leave the school district and ... wish him every success in his future position."
Dudley came to Jefferson at a crucial time in the school's redevelopment. The North Portland high school was on the verge of breaking into four academies, including two same-sex academies, and had already been through four other administrators in less than two years. District officials, as well as community members, hoped Dudley – who had a track record at other urban schools with large minority populations – would guide Jefferson through the reorganization.
Superintendent Phillips says Dudley did just that and pointed to the principal's hiring of four academy leaders.
"This has been a year of change and great improvements at Jefferson," Phillips said. "(Dudley) took on an enormously challenging job here and helped us recruit strong academy leaders at Jefferson."
Interim Jefferson Principal Cynthia Harris, who was hired will stay on until the school district finds a permanent replacement for Dudley.
Dudley's year at Jefferson was not without conflict. Community members, teachers and students openly criticized the administrator for his leadership style last year.
During a recent end-of-the-year field day at Jefferson High School – the very day Dudley tendered his resignation – students talked about the future of their school and about Dudley's impact on Jefferson.
Asterid Stark, a junior, said many students were relieved when Dudley took a leave of absence two months ago.
"(We) were happier that he was leaving," Stark said. "We can make (this school) better."
Harris, who has been interim principal since Dudley went on medical leave, is out of town and was unavailable for comment.
A district spokeswoman said Richard Clarke, PPS' chief human resources officer has started the process of finding Dudley's replacement.