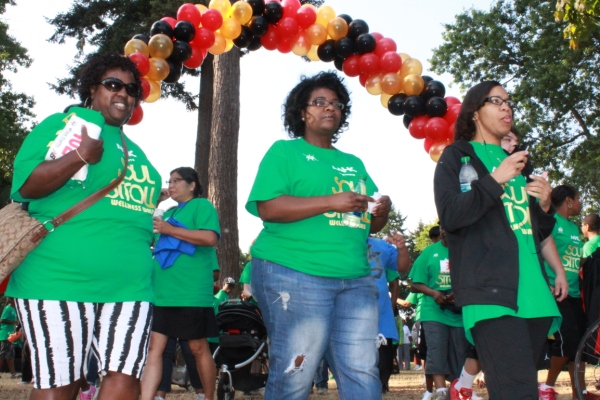 A new women’s health study ranked the state of Washington #22 nationally and gave it a C+ grade, while Oregon was listed at #26 and given a C.

That’s according to the 2014 Women’s Health Report Card released last week by the Alliance for a Just Society.

The non-partisan think-tank boils down government statistics on health issues facing women as a whole, as well as broken down by race, tallying government research data points into focused grades and rankings

The study was carried out in cooperation with Washington Community Action Network, Oregon Action, the Center for Intercultural Organizing, and grassroots nonprofits around the country.

The report shows that among non-elderly women in 2013, 14.7 percent had no health insurance in Washington State, while 15.8 percent lacked insurance in Oregon.

It’s unclear how the roll-out of the Affordable Care Act has impacted that so far.

The 2014 Women’s Health Report Card draws on government data to rank each state on 30 specific health measures. Researchers from the Alliance use the numbers to build state rankings and grades, analyze race-based disparities, and offer specific recommendations for state action to improve women’s health.

Those with the worst scores by and large are states that refused President Barack Obama’s offer of expanded Medicare coverage, including Texas (#50), Montana (#49), Georgia (#48), and Florida (#47); Nevada (#46) did expand federal coverage.

The study tracks racial disparities in community health as they are impacted in three areas: health coverage for women; women’s access to care; and women’s health outcomes.

This year’s report indicated racial disparities remain significant, and that even the two states that received A's in every area could improve.

“This report card shows Oregon has an average record on women’s health. Though this is better than a failing grade, it’s not nearly good enough for women and the families that depend on them, and especially for women of color,” said Darlene Huntress, executive director of Oregon Action.

“These grades should serve as an urgent call to action for Oregon leaders,” she said. “It’s time to get past political gridlock and take concerted action to improve women’s health.  Legislators must take steps that invest in community-based outreach and health coverage enrollment strategies targeted toward low-income women and communities of color.”

The report includes a detailed list of policy recommendations, including: Implement Medicare expansion in all states that have failed to do it; invest in community-based outreach and insurance enrollment strategies targeted towards women of color and low-income communities; and push for better competition and oversight on health plans offered through the marketplace.

The report’s Oregon findings were endorsed by US Rep. Suzanne Bonamici, who is running for re-election.

“No one should go without seeing a doctor or health care provider because of inability to pay. Although the report shows progress, we still have work to do until all Oregonians and Americans - women, men and children - can access the care they need."

The 2014 Women’s Health Report Card is available online at http://bit.ly/HealthReportCard