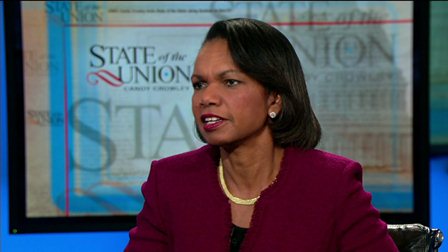 (CNN) -- Augusta National Golf Club opened its exclusive membership to women Monday for the first time in its 80-year history.

"These accomplished women share our passion for the game of golf and both are well known and respected by our membership," Payne said.

The issue of its formerly all-male membership has long dogged the private club and has at times threatened to overshadow the Masters Tournament, among golf's most prestigious events.

Women's rights activist Martha Burk put the issue in the spotlight in 2003, when she led a protest against the club and worked to put pressure on corporate leaders to withdraw their support for the organization and the Masters.

On Monday, she declared victory.

"My first reaction was, we won -- and we did," Burk said. "By we, I mean the women's movement and women in the United States, particularly those in business."

She said continued pressure from women's groups and corporate interests forced the club's hand, particularly in light of the April controversy over the club's failure to admit top IBM executive Ginny Rometti, as it has past IBM leaders. Sponsoring the Masters usually guarantees membership to a company's officers. but Rometti had been ineligible because she is female.

"We gave them a pretty big black eye in April when they dissed Ginny Rometti and did not allow her in the club as they had all of the males preceding her as CEOs of IBM. And I think they knew they could not sustain it," she said.

At the time, White House spokesman Jay Carney said President Barack Obama believed women should be admitted to the club.

GOP contender Mitt Romney also said at the time that if he were in charge of the club, he would admit women as members.

Payne declined to comment on the issue then, and is not talking about the issue now, outside of the statement issued by the club, according to club spokesman Steven Ethun.

In that statement, Payne said the decision marked a "significant and positive time" for the club.

"At a time when women represent one of the fastest growing segments in both playing and following the game of golf, this sends a positive and inclusive message for our sport," Finchem said in a statement.

The choice of Rice and Moore will ensure that women admitted to Augusta will be equals to their male counterparts, Burk said.

"They have chosen two groundbreaking women, two very prominent women, who are clearly equal in stature to the other members who are, of course, all male," Burk said. "I think it would have been a mistake to choose a lower-profile woman and basically make that statement that, yes, we're letting women in but they're not really going to be equal with the men."

Rice served under President George W. Bush as the first female national security adviser and the first African-American woman to hold the post of secretary of state. She also served on President George H.W. Bush's National Security Council staff and was a special assistant to the director of the Joint Chiefs of Staff in 1986.

She grew up in humble beginnings in segregated Birmingham, Alabama, and rose to prominence in academia and international diplomacy. She has been on the faculty of Stanford University since 1981, has authored two best-selling books and is a member of various boards and a fellow of the American Academy of Arts and Sciences, and has been awarded 10 honorary doctorates.

Rice, who is also an accomplished pianist, said in a statement released through Augusta that she is "delighted and honored" to join the club.

"I have long admired the important role Augusta National has played in the traditions and history of golf," she said.

Moore is the vice president of Rainwater Inc., the investment firm founded by her husband, Richard Rainwater. Fortune magazine once named her among the top 50 women in business, and the University of South Carolina's business school is named in her honor.

She is also chairwoman of the Palmetto Institute, a nonprofit that says it is dedicated to producing "dramatic and sustained growth in the creation, distribution and retention of wealth for every person in South Carolina."

Moore said she is "extremely grateful for this privilege."

"I am fortunate to have many friends who are members at Augusta National, so to be asked to join them as a member represents a very happy and important occasion in my life," she said.

Burk's protests against the club's policies made Augusta the focus of national attention beginning in 2002, when she wrote letters challenging the male-only membership policy at Augusta.

The club's chairman at the time, Hootie Johnson, responded that admitting women as members would not be done "at the point of a bayonet."

The next year, Burk organized protests to coincide with the Masters, which drew widespread attention.

In 2006, Burk was among a group of Exxon shareholders who accused the company of violating its discrimination policies by supporting the tournament.