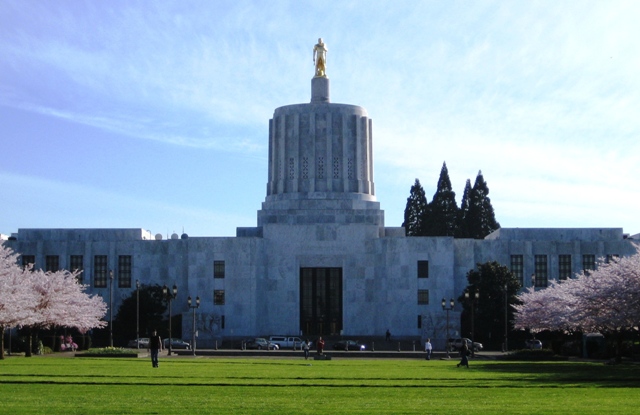 It is without a doubt going to be a big Election Night on Nov. 4, with far-reaching ballot measures sure to lure big voter turnouts in both Oregon and Washington.

In Oregon, a legalized retail cannabis measure, alongside one that would establish a driving card for undocumented residents, are expected to trigger a high tide of voter participation.

Here is our thumbnail guide to ballot measures in the two states. The voter registration deadline in Oregon is Oct. 14; in Washington State, the deadline to register to vote is October 27, 2014, for in-person new registrations. (Updates to current registration must have been made by Oct. 6, 2014).

$1n  Initiative 591 would prohibit government agencies from requiring background checks on firearm recipients unless a uniform national standard is required.

Simple Majority as to the first question; if first question is approved, then the option with the most votes as to second question (Seattle City Charter, article IV)

Proposition Numbers 1A and 1B

Proposition 1A (submitted by Initiative Petition No. 107) and Proposition 1B (alternative proposed by the City Council and Mayor) concern early learning programs and providers of such services for children.

$1n  Proposition 1A (Initiative 107) would establish a $15 minimum wage for childcare workers (phased in over three years for employers with under 250 employees); seek to reduce childcare costs to 10 percent or less of family income; prohibit violent felons from providing professional childcare; require enhanced training and certification through a training institute; create a workforce board and establish a fund to help providers meet standards; and hire an organization to facilitate communication between the City and childcare workers.

$1n  As an alternative, the Seattle City Council and Mayor have proposed Proposition 1B (Ordinance 124509), which would fund the four-year initial phase of a City early learning program with the goal of developing a widely-available, affordable, licensed, and voluntary preschool option. The Ordinance requires support, training and certification for teachers. The program uses research-based strategies, includes evaluation of results, and provides tuition support. This proposition authorizes regular property taxes above RCW 84.55 limits, allowing additional 2015 collection of up to $14,566,630 (approximately 11¢ per $1,000 assessed value), totaling $58,266,518 over four years.

Seattle Transportation Benefit District Proposition No. 1 -- Transportation Funding
The Seattle Transportation Benefit District Board passed Resolution No. 12 concerning funding for Metro Transit service benefitting the City of Seattle. If approved, this proposition would fund preservation of transit service on existing routes primarily serving Seattle that are proposed to be cut beginning in 2015. A portion of the funds collected would support regional transit service and improved access for low-income transit riders. This proposition would authorize an additional annual vehicle license fee of $60 per registered vehicle with a $20 rebate for low-income individuals and authorize a 0.1% sales and use tax. Both the fee and the tax would expire by December 31, 2020.

$1n  Measure 87 allows judges to be hired by the National Guard and public universities; allows school employees to serve in the legislature.

Measure would authorize $68,000,000 in general obligation bonds for Portland Parks & Recreation facilities. Because previous bonds are scheduled to be repaid, City’s parks bond tax rate is not expected to increase from current rate of $0.0877 per $1,000 of assessed value.

$1n  Measure No: 26-160 would retain the prohibition on Metro-required single-family neighborhood density increases.

Retains provision in Metro Charter prohibiting Metro from requiring local governments to increase density in identified existing single-family neighborhoods. Requires revote in 2030 to remain effective. This prohibition was approved by voters in 2002 and is required by Metro Charter to be voted on again at the November 2014 general election. A “yes” vote on this measure would retain the prohibition for 16 years; a “no” vote repeals the prohibition on June 30, 2015.

PPS’ current local option levy was approved by voters in 2011 to provide funding for schools over 5 years.

In 2013, the Oregon Legislature ended the diversion of some local option levy revenues to certain urban renewal districts for levies passed after January 2013. Renewal of local option levy will direct approximately $4 million more to the approved purpose of supporting education, without increasing taxes. The renewed levy will provide $64.3 million, equivalent to 640 teaching positions.