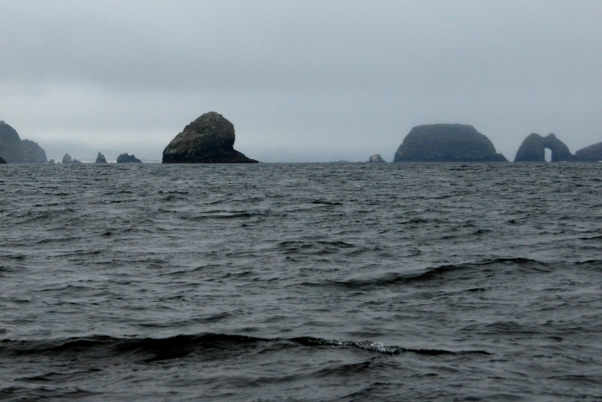 A new study released Monday found that warming temperatures in Pacific Ocean waters off the coast of North America over the past century closely followed natural changes in the wind, not increases in greenhouse gases related to global warming.

The study compared ocean surface temperatures from 1900 to 2012 to surface air pressure, a stand-in for wind measurements, and found a close match.

"What we found was the somewhat surprising degree to which the winds can explain all the wiggles in the temperature curve," said lead author Jim Johnstone, who did the work while a climatologist at the Joint Institute for the Study of the Atmosphere and Ocean at the University of Washington.

"So clearly, there are other factors stronger than the greenhouse forcing that is affecting those temperatures," he added.

The study released by the online edition of the peer-reviewed journal Proceedings of the National Academy of Sciences does not question global warming, but argues there is evidence that in at least one place, local winds are a more important factor explaining ocean warming than greenhouse gases.

It was greeted with skepticism by several mainstream climate scientists, who questioned how the authors could claim changes in wind direction and velocity were natural and unrelated to climate change.

They pointed out that the study sees a correlation but did not do the rigorous statistical and computer analysis to show that the cause of the wind changes were natural — the kind of analysis done when scientists attribute weather extremes to global warming.

"This may say more about the state of climate modeling than it says about causes of warming in the Pacific Northwest," Ken Caldeira, an atmospheric scientist at the Carnegie Institution for Science's Department of Global Ecology, said in an email. "The authors ... have not established the causes of these atmospheric pressure variations. Thus, claims that the observed temperature increases are due primarily to 'natural' processes are suspect and premature, at best."

Johnstone and co-author Nathan Mantua, a research scientist with the NOAA Fisheries Service in Santa Cruz, California, pointed to the fact that one steep ocean warming period from 1920 to 1940 predates the big increases in greenhouse gases, and an ocean cooling period from 1998 to 2013 came while global average temperatures were at or near all-time highs.

They also noted that the wind changes consistently preceded the ocean surface temperature variations by about four months, showing the wind was causing the changes to temperature, not the other way around.

James Overland, a research oceanographer at the NOAA Pacific Marine Environmental Laboratory, said the study reinforced findings that the North Pacific has a lot of natural variability in 5- to 20-year time scales, and he reached the same conclusions on changes in the Bering Sea.

"Natural variability cannot be ruled out as an important mechanism," he said in an email.

During the entire period from 1900 to 2012, there has been an increase of about 1 degree Fahrenheit in ocean surface temperatures in the area from Hawaii to Alaska, and down the coast to British Columbia, Washington, Oregon and California, according to the study.

Mantua said he and Johnstone took the potential inaccuracy of the data into account, comparing it to several other sources, including land surface air temperatures along the coast, which also agreed.

"It just seems to us it's a pretty simple story," Mantua said. "Yet it's going to take people by surprise, because it is ingrained in our minds that if the climate warms up in the course of the century, it's probably because of global warming, the increase in the concentration of greenhouse gases and other things humans have done that have pushed it in a warming direction."