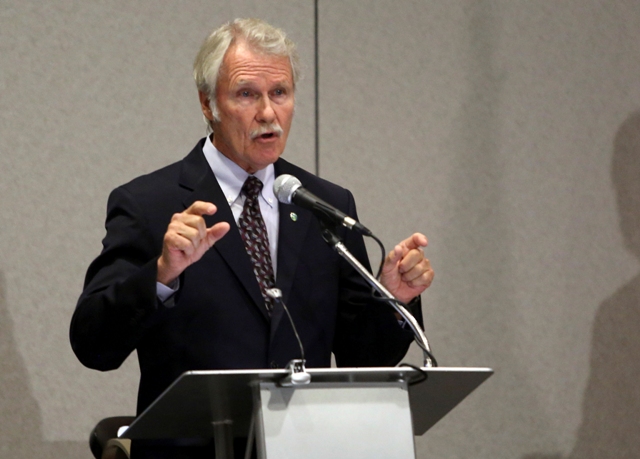 With no sales tax and property taxes constrained by 1990s ballot measures, Oregon relies on the income tax for nearly $7 of every $10 it collects — more than any other state.

A report released Monday by the credit rating agency Standard & Poor's suggests that income tax-reliant states like Oregon face a future of declining growth in state revenue. That could force the state to severely cut services or raise tax rates, particularly on the wealthiest taxpayers, as Oregon lawmakers have done twice in the past five years.

Between 1950 and 1979, Oregon tax revenue grew on average 9.49 percent per year, according to S&P's report. The figure has decreased in subsequent decades, and since 2009, annual revenue growth has averaged 6.52 percent. Meanwhile, since 1980, the share of total income going to the top 1 percent of earners has doubled, now reaching about 20 percent.

Since wealthy taxpayers tend to earn most of their money from capital gains, relying more on them is likely to tie Oregon's revenue more closely to the volatility of financial markets, the S&P report suggests. Oregon's reliance on a single revenue source already contributes to a volatile revenue stream that spikes when the economy is churning and sputters during rough patches.

Kitzhaber, a Democrat seeking re-election this year, has been working for more than a year to get union and business lobbies to set aside their longstanding animosities and compromise on a more diverse tax system. He's also working with pollsters and Republican and Democratic political consultants to come up with a plan that has a strong chance of passing muster with voters.

Local governments are pushing to loosen up on restrictions that voters added to the state constitution, which limit growth in property tax revenue. And some economists advocate a sales tax to diversify Oregon's revenue sources.

Kitzhaber has long advocated a sales tax, but he's also recently acknowledged that it would be a major political hurdle and may be unfeasible. Oregonians, after all, have rejected a sales tax nine times in the past century.

The S&P report found that states that are highly dependent on the sales tax area also likely to face declines in revenue growth under higher income inequality. That's because wealthy taxpayers spend a smaller share of their income on taxable goods.