A 23-year-old man has been arrested in Las Vegas, Nevada in the shooting death of  Durieul Harris, who was killed Nov. 9, 2013, outside the Fontaine Bleau nightclub in Northeast Portland.

Xavier Dorell Bolden was arrested and held for extradition to Oregon in the fatal shooting.

He faces one charge of murder, as well as three counts of attempted aggravated murder. 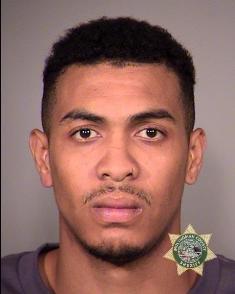 The shooting brought police to the Fontaine Bleau Nightclub, 237 Northeast Broadway, in the early hours of Nov. 9, where they found a crowd of people fighting. As around 75- 100 customers left the club, guns were fired. Several bullets hit Harris, 30. He died at the scene, 15 feet from the club's front door. Two other people, Sheila Shelby and Fredrick Conner, suffered non-life-threatening gunshot wounds. 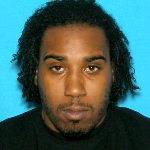 A grand jury indictment accuses Bolden of killing Harris and then attempting to kill Shelby, Conner and a third person at the club.

Bolden, who has a prior arrest for drug possession and was accused of selling cocaine within 1,000 feet of a school, is in custody at the Clark County Detention Center where he will await extradition to Oregon.

The Fontaine Bleau has since closed.

Police said anonymous tips that came in to Crime Stoppers of Oregon along with a few brave witnesses who came forward, were critical in securing an indictment for Xavier Bolden's arrest for Murder.

"I want to thank the Homicide detectives and members of our Gang Enforcement Team who spent countless hours investigating this case," said Portland Police Chief Michael Reese, in a statement. "I'm also thankful to the witnesses and people who came forward with information so that we could arrest the person responsible, bring justice to the family and friends of the victim and work to prevent retaliatory shootings."

Police are asking anyone with information about the case to contact the investigators. Crime Stoppers is offering a cash reward of up to $1,000 for information, reported to Crime Stoppers, that leads to an arrest for this or any unsolved felony. Witnesses can remain anonymous.
Leave a Crime Stoppers tip online at text CRIMES (274637) and in the subject line put 823HELP, followed by your tip, or call 503-823-HELP (4357) and leave your tip information.