For Ivy Keller, Being the Life of the Party Pays 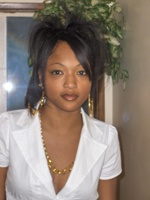 She's been an event planner and a hostess, but now Ivy Keller is adding business owner to her resume.
"I am a self motivated, driven and determined individual," Keller says.
The 24-year-old Portland native opened Ivy Keller Productions last year and now she's taking parties to the next level.
When asked how she got started she tells the story of her first party, "The Black and White Affair."
"The Black and White Affair was my first party I did with my cousin, in October 2006, it did so well that the owners actually came to me and asked me if I wanted to do more," Keller says.
Every first Friday, you can catch what Keller calls "Beautiful Friday" – a party at one of downtown Portland's hottest clubs, The Vintage, where partygoers are expected to look their best, drink, party, socialize and have fun.
"Beautiful Friday came from a drink special that the owner from the Vintage, Matt Parker, and I came up with, the Beautiful." Keller says.
What Keller is doing has been done before, but how she does it, is what makes the difference.
"A lot of people know me, I have good business skills and I don't play into any drama," said Keller, when asked what makes her different. "I am doing things different because I am young, and a female, in a male-based business, but most importantly, young."
Keller's passion for this business is obvious and the way she interacts with people comes naturally. Every guest at one of Keller's parties gets a personal "thanks for coming" from the hostess.
"I say that because, that is just me, its not about the business, it is how Ivy is," Keller says.
"Party Like a Rockstar," was her most recent event. Held over Memorial Day weekend, on Sunday, May 27, at the Vintage Night Club, this party brought locals out in their best rockstar outfits. Keller, doing what she does best, could not keep still. She ran from one end of the club to the other, with a mic in her hand. When the lights came on and the last song of the night was announced the crowd didn't want to leave – another success for Keller's blossoming events business.
Racking up successes is important at this early stage in her career, Keller says.
"I have to make sure that I have the best parties and people know that, because if anything goes wrong I am totally responsible, everybody knows my name is tied to that," Keller says.
Being an event planner and business owner is not always fun and games. Keller explains that she goes through her own hardships.
"Sometimes things are frustrating," she says. "My biggest problem is that I want to do more, I want to bring artists here, and come up with new ideas, but sometimes the contacts are not there."
Keller says that she never lets anything set her back. She gets up early in the morning and takes care of business.
"You have to," she says.
So what does the future hold for this young entrepreneur?
"I want to eventually begin producing, and develop a film company," she says.
Interested in achieving your own small business success story? Keller has some advice.
"First and foremost, promotion is the key, always, always promote, and never get discouraged," Keller says.
Oh, and one other important thing, Keller says, "Always make a profit."