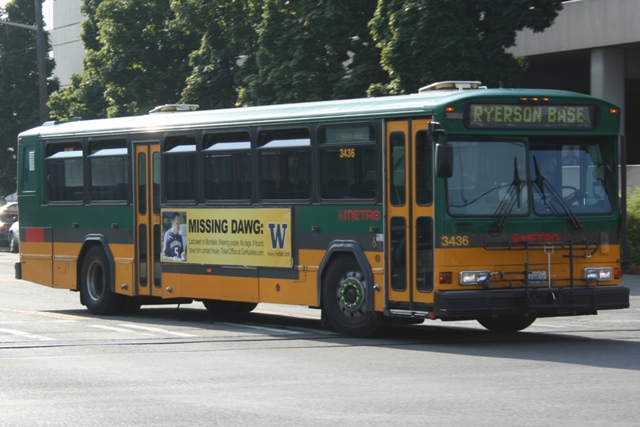 King County Metro Transit commuters who earn up to 200 percent of the poverty level qualify for reduced fares starting next spring.

Officials say the goal is to offset the fare hike’s impact on the most vulnerable riders not already covered by programs for youth, seniors and the disabled – and Seattle will be just the second municipality in the country to create such a fare; San Francisco was first.

After the ground work is laid by an array of task forces, nonprofits and government agencies, Public Health – Seattle & King County is in charge of actually administering the new fare.

Constantine said this week that Metro tapped Public Health to carry the difficult burden of verifying commuters’ incomes before issuing reduced fare ORCA cards because they did such a great job of “engaging lower-income residents and partnering with local community groups when it helped enroll more than 165,000 King County residents for health insurance under the Affordable Care Act.”

Public Health is expected to build a network of third-party nonprofit groups to help churn out the sign-up and verification process for commuters who apply for the program – about 45,000 to 100,000 commuters are thought to be eligible.

King County Executive Dow Constantine rolled out the new plan this week, as a spate of road construction closures has Metro scrambling to pull together alternate transit routes for commuters.

"It has taken us a little over two years of hard work by the Executive, the Council, human service agencies, and the members of both task forces to get us to this point,” said Councilor Larry Gossett, who sponsored the move and helped shepherd it to passage. “I am proud that Martin Luther King Jr. County will be one of the first major transit agencies in the country to implement a low-income fare.”

The reduced fare was first proposed by the Low-Income Fare Options Advisory Committee in mid-2013 and was officially adopted in February as a counterpart to the fare hikes Metro put into effect to head off a 17 percent service cut.

Metro estimates the cost of the reduced fair is between $7 million to $9 million a year in lost ticket revenues and administrative overhead; officials estimate fares have increased 100 percent since 2008.

In building out the plan, members of the Low-income fare Implementation Task Force flagged the number of workers pushed to the suburban edges, who rely on public transportation to get to higher-paying jobs in the city center.
"Rising housing costs are leading many families to locate in lower-cost locations that may be farther away from where they work," said Mike Heinisch, executive director of South King Council of Human Services. "Providing a low-income fare is one way we can help keep the region more affordable for working families and ensure equal access to economic opportunity."
"As a social service agency, we work with people who are in dire need of affordable public transportation to get to training classes, meet with case managers, find and get to jobs and health care appointments, as well as other important appointments," said Mahnaz Kourourian Eshetu, executive director of Refugee Women's Alliance. "The efforts of our County Executive and County staff to make the discounted transit fare widely available to people who need it the most is admirable and will have a positive effect on the County's economy while creating stronger communities. It was an honor to serve on this task force."

Seventeen routes will be directly affected by either delays, reroutes or both during the construction closures. Riders can go online to see reroute information for five Aurora Avenue North bus routes. Riders on another 12 bus routes should prepare for delays as buses travel to and from downtown Seattle on the Alaskan Way Viaduct.

Because of potential widespread traffic delays, most bus riders using transit service into Seattle should prepare for possible weekday commute delays Monday and Tuesday, Aug. 25 and 26, as traffic shifts from SR 99 to Interstate 5 and other city streets.

Weekend, weekday buses to be rerouted (10 p.m. Aug. 22 through 5 a.m. Wednesday, Aug. 27): Routes 5 local and express, 16, 26 express, 28 express & RapidRide E Line will be rerouted, with spillover system delays due to traffic. Service on Aurora Avenue North will remain on regular route until Aloha Street in both directions, with reroutes to and from Belltown. Service delays will be monitored by Metro.