A Win for Tribes as Regulators Reject Coal Terminal 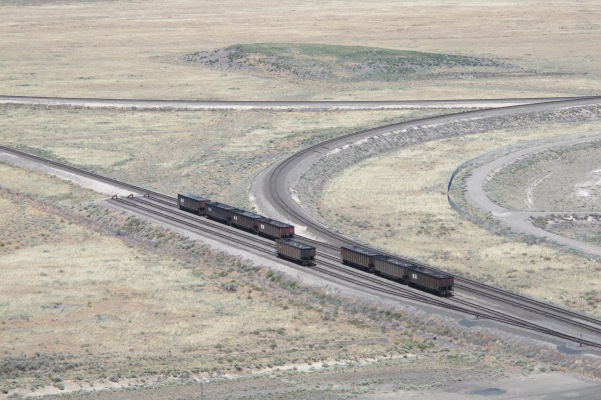 The Boardman Coal Plant returned to service in late June when a push for energy came from Portland, Oregon, customers. The plant's coal cars are shown here on Friday, June 20, 2014 in Boardman, Oregon. The plant uses about 3 million tons of coal each year and is scheduled to close in 2020. A project in Oregon proposes shipping 9 million tons of coal out of the U.S. The Obama administration doesn't count the exported coal on the U.S. side of the global pollution ledger. (AP Photo/Nigel Duara)

PORTLAND, Ore. (AP) — Oregon state regulators rejected a proposal for a coal terminal on the Columbia River that would be a conduit for exporting millions of tons of American coal a year to Asia.

The decision is a victory for tribal groups that said the terminal threatened their fishing and environmentalists opposed to sending what they call "dirty coal" abroad.

In denying an important permit, the Department of State Lands said Monday the terminal would interfere with what regulators called "a small but important and longstanding fishery in the state's waters."

The department said the applicant, Ambre Energy, presented some possible options to mitigate the effect on fishing, but failed to commit to any specific action. It also said Ambre hadn't properly investigated alternatives that would avoid construction of a new dock.

"From reading more than 20,000 public comments to carefully analyzing technical documents and plans, this application has been scrutinized for months," agency director Mary Abrams said. "We believe our decision is the right one." 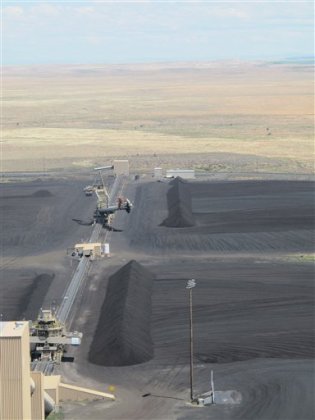 Ambre Energy, based in Brisbane, Australia, wants to transport coal mined from the Powder River Basin in Montana and Wyoming through Oregon on its way to power-hungry Asian markets. The company proposed bringing the coal by train to Boardman, Oregon, where it would be loaded on barges at the Port of Morrow and then sent down the Columbia River to the Port of St. Helens, where it would be transferred to oceangoing ships.

The project was expected to generate several hundred jobs during construction at the Port of Morrow and add about 30 port workers permanently.

Ambre said it would pay $850,000 in annual fees to each of the two ports while paying property taxes in Morrow and Columbia counties.

"We disagree with this political decision," Ambre spokeswoman Liz Fuller said. "We are evaluating our next steps and considering the full range of legal and permitting options.

Democratic Gov. John Kitzhaber, a major opponent of the terminal who is up for re-election this year, released a statement in support of the decision, saying Columbia River Tribes have fundamental rights to fisheries and projects that affect them should be held to a high standard.

Environmentalists and tribes were thrilled with the ruling.

"Today's landmark decision reflects what is in the best interest of the region, not a company's pocketbook," Carlos Smith, chairman of the Columbia River Inter-Tribal Fish Commission, said in a statement.