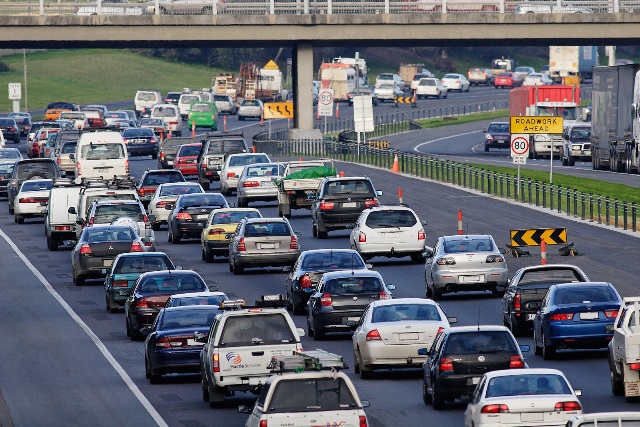 Cars of all kinds are getting better mileage now than ever before. That's good news for the environment, but bad news for state transportation budgets, since road repairs have traditionally been funded by  gas taxes.

To solve the problem of shrinking gas tax revenues, states are looking at other ways to raise funds for transportation projects. In the Northwest, Oregon and Washington are mulling road use taxes, although the proposals under consideration could look very different if they finally become state law.

The two states are also at different stages.  A panel in Washington state is still weighing  several alternatives and will present a report to the state legislature in January 2015.

"Now we are getting to the blueprint level where we are starting to do some system design work," said Reema Griffith, executive director of Washington State Transportation Commission.  "But there has been no testing of anything yet and the Legislature has not authorized that. So we're definitely in the pre-planning stages."

Meanwhile, Oregon is looking for volunteers to test the proposed new road user charge. It is the first state in the nation to authorize a volunteer program, which will start July 1, 2015. Drivers who sign up will pay  a road usage fee of 1.8 cents a mile and get a rebate of the gas tax.

"We are looking for volunteers," said James M. Whitty, manager of the Office of Innovative Partnerships and Alternative Funding at Oregon Department of Transportation.

"We will be looking for volunteers from now until we get all 5,000 spots filled, and probably after that too because people will drop out for various reasons." 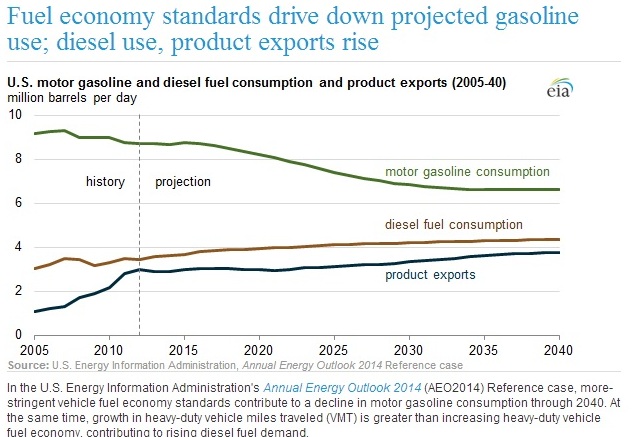 Oregon's proposal would charge drivers 1.8 cents a mile for all miles they drive inside the state. The charge is calculated based on data from a GPS monitor in your car. And yes, it will be able to distinguish between in-state and out-of-state mileage.  Many cars already have the technology installed, but if they don't it can easily be installed. Oregon's law does account for privacy concerns. It would allow drivers to use a variety of monitoring systems, and also says the Department of Transportation must find at least one way to record miles that does not use location identification technology.

Why would anyone volunteer when they probably will have to pay a little more?  Whitty says the state is working with private companies to develop incentives that will attract drivers, such as the ability to take your vehicle emissions test remotely.

" They won't have to go to DEQ for emissions testing," Whitty says. "They will be able to just report the health of the vehicle right from the car. So with those kinds of benefits, people might see a reason to sign up."

The volunteer program is designed to test the system so transportation officials can make sure it works properly.  After that the Legislature will decide whether or not to make the road user charge mandatory for all users.

Washington is looking at Several Alternatives

Washington is still researching the costs and benefits of different charging systems. Under consideration are three basic ways to charge drivers for using state roads and highways.

"We're doing the foundational work that needs to be done to make sure that this is the right approach to take," Griffith said. "The report will inform decision making, so they (state legislators) are thinking of all the implications as they are making the decisions."

The first option is a flat fee that would cover drivers for a specific time period.

"It's basically like an all-you-can-eat deal that doesn't require any tracking of mileage," Griffith said. "So this would be something that people would do who don't want any technology in their car that would use their location to document actual miles driven. They don't want to be tracked.

"The drawback is that it doesn't allow us to differentiate, for example, out of state drivers from in-state. So we're trying to wrestle with what we are going to do with people from out of state. Would they have to buy a temporary permit or maybe we keep the gas tax for those drivers? "

The second option would be based on odometer readings. Drivers would estimate the number of miles they will travel in the state and pay in advance.

"When they come to renew their registration, they would give an actual odometer reading and it would be reconciled," Griffith said. "So they may owe money or they may get a refund or credit toward the next year."

Option two could be fairer because it looks at actual miles driven, Griffith said. But it does not distinguish between in-state and out-of-state miles, and would not solve the problem of how to tax out-of-state drivers. So if Washington drivers drove out of state, they would still pay for those miles.

Also, Griffith says,  if future congestion fees ever become a consideration for urban areas, this approach would not provide the location information needed to do so.

"It would be location based and would allow for the most precise tracking of your mileage," Griffith said.  "It also would take care of the in-state-out-of-state issue, for example, Washingtonians who drive into Oregon or British Columbia wouldn’t be charged for those out-of-state miles."

Washington legislators have also asked the panel to look at other approaches to collecting a road user fee that would not require in-vehicle technology, like paying at the pump.

"Right now a lot of the gas stations will ask you for your zip code when you go to pump and so there may be a way to enter a road usage charge pin when you fuel and it could be assessed at that time," Griffith said.

Why Did Oregon Go with the GPS System?

Oregon's Road User Fee Task Force looked at many of the same issues that Washington is now considering, and ran two pilot programs before producing its recommendations last year.  The report rejected flat fees, partly  because they are inequitable. Those who drive less would subsidize those who drive more.  For the same reason, raising the gas tax is seen as unfair because those who can afford the latest, most fuel efficient vehicles would pay less.

To deal with privacy concerns Oregon lawmakers passed Senate Bill 810 that said governments could not use the data for any other purpose and mandated that , "ODOT and private entities involved with road usage charging data collection destroy location and daily metered use information within 30 days after the later of payment processing, dispute resolution and non-compliance investigation."

The task force also noted that Oregonians didn't want government choosing their monitoring devices or who they would report too, so they recommended drivers choose what GPS system to use.

As for the problem of how to tax out-of state drivers.  Under Oregon's proposals, they would simply continue to pay the existing gas tax.

Whitty said the volunteer program will show how well the system would work.

"We expect it to work, and when it works the Legislature may look at a mandated group," he said.  "The purpose is to show that it works. It is exciting and we anticipate that it's going to work. "

Whitty also said he was aware of the viral video that has many people wondering if roads could built to produce solar energy. Proponents say that solar roads could pay for themselves, reducing the need for transportation taxes.

"That would be wonderful if we could do it," Whitty said. "But we don't know the cost of putting them down, keeping them up. We don't know how to deal with them when they are wet, and they'd have to be cleaned. So it's an interesting idea, but we need more research."