Black Press Convention to Be Held in Seattle

The Seattle Skanner will host the National Newspaper Publishers Association convention in downtown Seattle, June 20-24 at the Fairmount Olympic Hotel, 411 University St. See http://www.nnpa.org
This year's theme is "Building Coalitions for the Future."
The NNPA, also known as The Black Press, is a 65-year-old federation of more than 200 Black community newspapers from across the country.
Celebrating the 180th anniversary of The Black Press, the four-day convention welcomes publishers and editors from the Black press throughout the United States. 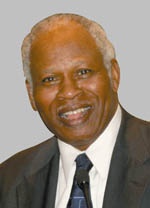 "We want to raise the awareness of the Black press and the importance of building closer relationships so we can become better stewards and champions for the cause," said John B. Smith, Sr., NNPA chairman and Atlanta Inquirer newspaper publisher. "We are celebrating 180 years of the founding of The Black Press and our goal is to build a better coalition and build human rights to improve the health, economic and social issues for the good of the African American community."
NNPA newspapers have a combined readership of 15 million people. Seven years ago, the NNPA created NNPA Media Services, a press release distribution service and print- and web-advertising placement service which provides real-time news and information to Black newspapers throughout America.
In 2001, the BlackPressUSA Network was launched. A network of Black community news and information portals, which is part of BlackPressUSA.com, it is the only national web portal for The Black Press.
"We're delighted to welcome the NNPA, the national chairman and its members to Seattle," said Ted Banks, publisher of The Seattle Skanner. "We're excited about the opportunity to spread the word about the NNPA and its mission to educate the African American community about issues that are of vital importance to our community."
Highlights of the convention include a tour of Microsoft and a hands-on workshop for publishers and staff, moonlight cruise around Puget Sound, a comedy show, visit to the Muckleshoot Indian Reservation and Ford Motor Company Chairman's Reception at the Columbia Tower with breathtaking views of the city.
The Miller Messenger Awards reception will be held from 6 to 7 p.m. followed by the Merit Awards Dinner will be held from 7 to 9 p.m. Friday, June 22.
"Black newspapers have been instrumental shaping the Pacific Northwest, going back to Sam Smith when he started an early edition, he went on to become a city council member and helped paved the way for future publishers," said Bernie Foster, founder of the Skanner Newspaper Group newspapers in Portland and Seattle.
"In the early '60s Fitzgerald Beaver started The Facts Newspaper in Seattle and had a show in Portland called 'The Eager Beaver Show,' " Foster related. "Beaver was a pioneer and paved the way for Black newspapers in the Pacific Northwest, including the Portland and Seattle Skanner."
"Our chairman, John Smith, has been a tremendous leader as our national president and in having the vision to bring the NNPA conference to the Pacific Northwest," Foster added.
Smith will appear on the AfraGenesis Network KKNW 1150 AM from 1 to 2 p.m. Tuesday, June 12, to talk about the upcoming conference. AfraGenesis is also available online at www.1150kknw.com and if you miss the broadcast, programs are archived at www.afragenesis.net.