Seattle: Turning on Lights by Taking out the Trash 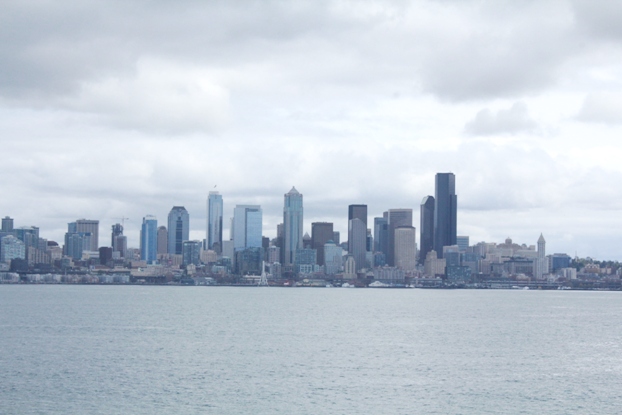 Seattle’s City Light customers soon will be turning on their lights by taking out the trash, as Waste Management plans to double the generating capacity of its Columbia Ridge landfill gas power plant in Oregon -- and City Light says it will buy all the electricity it produces.

“We are completing the circle of sustainable practices, maximizing the resources of even our garbage to find new, alternative energy in an environmentally responsible manner,” said Jason Rose, Waste Management’s regional vice president.

Seattle City Light is the 10th largest public electric utility in the United States. It has some of the lowest cost customer rates of any urban utility, providing reliable, renewable and environmentally responsible power to about 750,000 Seattle area residents. City Light has been greenhouse gas neutral since 2005, the first electric utility in the nation to achieve that distinction.

Seattle Public Utilities ships its garbage to Columbia Ridge for disposal. Since 2009, Waste Management has captured the methane created by the decaying garbage and used it to fuel a power plant on site.

Currently, Columbia Ridge has the capacity to generate 6.4 megawatts of electricity. The expansion is expected to be ready for commercial operations in August with a new capacity of 12.8 megawatts. Officials say that’s enough electricity to power about 12,500 typical Seattle homes.

That's just one of the green initiatives underway in the Evergreen state.

Washington state's Department of Ecology is developing guidance for local governments so they have an approved, standardized approach to reclaiming water. Every year, millions of gallons of water go down the drain that could be re-used.

“Water is our most precious natural resource and is declining in many parts of our state” said Ecology Director Maia Bellon. “If we can be more efficient, it will help us balance competing needs – providing water for people while protecting stream flows for fish."

Reclaimed water is treated by sewer plants to ensure it’s safe for non-drinking uses, such as irrigating crops, flushing toilets or even controlling dust.

Reclaimed water can also be a resource to create, restore and enhance wetlands, recharge underground water supplies, and increase flows in our rivers.

Work that was paused in 2010 during the economic recession now picks up where the state left off. Ecology has “restarted the clock” on the official rule-making process, going back to the beginning of that formal process, but not on the development and writing of the rule.

The completed rule will provide technical standards and a predictable and efficient regulatory review and permitting process for local governments to reclaim water.

Ecology’s goal is for greater regulatory certainty when facilities want to reclaim water.

Ecology will begin the reclaimed water rule-making process by hosting a statewide videoconference workshop from 1:30 to 3:30 p.m. on July 14. Details are on Ecology’s website.

Ecology will reinstate a Rule Advisory Committee to address lingering issues or questions with the rule as needed.

To ask questions or learn more about opportunities to participate in the rule development process, contact Dennis McDonald at 360-407-6321 or email reclaimedwater@ecy.gov.