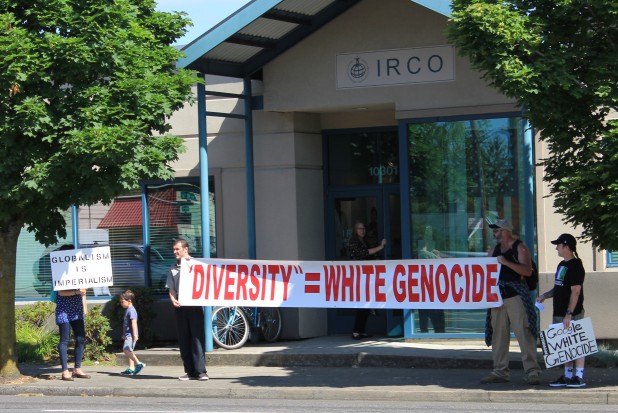 A small group of protesters displayed anti-immigrant signs outside the entrance to the Immigrant and Refugee Community Organization Monday morning.

Around 9:30 a.m. July 7, a handful of people, including a child, arrived at IRCO's offices on 103rd and N.E. Glisan Street, said Margaret Malarkey, the nonprofit's community relations specialist. The group displayed signs with white supremacist messages and had flyers to distribute.

IRCO works with about 1,000 refugees and immigrants every year, helping new Portlanders settle in the United States and become productive citizens. The nonprofit serves families and children, placing about 800 people in jobs, annually. IRCO's clients come from all over the world including Africa, Asia, and Eastern Europe.

"We were concerned that our clients might be harassed," Malarkey said. "I went out and talked with them and they said they were here to let people know that immigration is an attack on the white race and white genocide." 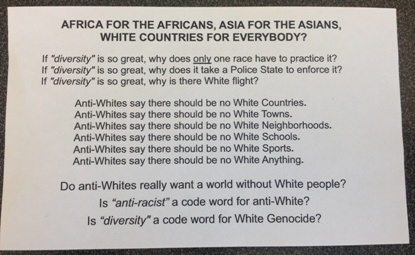 The group was handing out flyers with messages against diversity, claiming that anti-racist equals anti-white.

Malarkey said the protesters disappeared shortly after staff called police to the clinic. Protest is allowed on public sidewalks, Malarkey said, but a permit is needed. If the protesters return, she said, IRCO staff will be outside when clients arrive to make sure they are safe.

"The first thing we are going to do is to ask them if they have a protest permit," she said.