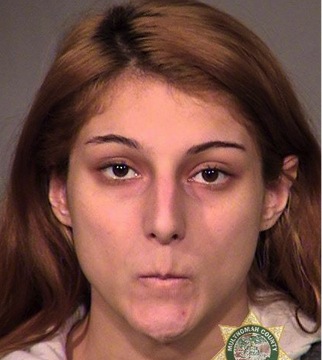 The FBI is looking for a 19-year-old woman charged with sex trafficking offenses. Former Lawek Oswego cheerleader Julia Lynn Haner was indicted in April, accused of luring a 17-year-old she rode the bus to school with.

When Haner left school she started working in strip clubs, then met a co-defendant Konrod Steven Mason, 30. Haner began working as a prostitute. On April 11, Mason was detained in jail, pending trial. Haner was allowed to live with her mother under strict conditions that included: getting mental health and drug and alcohol evaluations; wearing an ankle monitor; getting a legitimate job; staying away from under-18s and staying off social media.

According to the FBI, Haner removed the monitoring device over the weekend and has disappeared.

Anyone with information concerning her whereabouts is asked to call their local FBI office. In Portland, the twenty-four hour number is (503) 224-4181.