KairosPDX Charter School Has Ambitious Goals for Students of Color 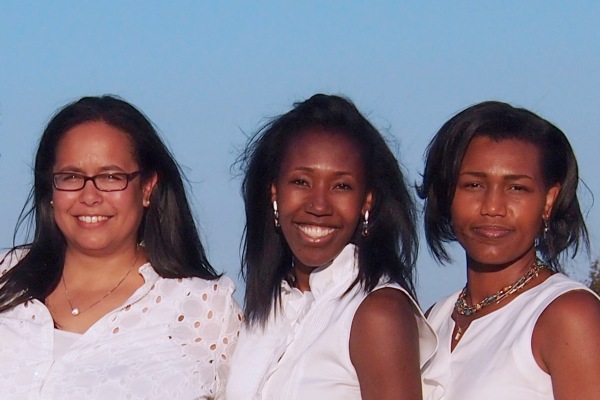 PHOTO:Three of the five KairosPDX founders (from left):Zalika Gardner, the school’s principal teacher, is a child development expert and taught in Los Angeles and at Catlin Gabel school; Kali Ladd, has 14 years of experience in education; Jasmine Johnson is an early childhood educator.

A new charter school opening in Portland this August aims to close the racial achievement gap, and put low-income students on track for educational and career success.

“Our focus is to create a school where children of color can thrive,” says board co-chair Kali Ladd.

KairosPDX will start by opening kindergarten and first grade classes, adding classes each year until it covers kindergarten through 5th grade. The education nonprofit will include:

$1·         a K-5 Learning Academy in a culturally-relevant environment designed to nurture curiosity, creativity and success in all of its students. An important goal is to lay a foundation for excellence in STEM (science, technology, engineering and math) subjects.

“We want to cultivate confident, creative, compassionate leaders who exceed the standard at every milestone.”

PHOTO: Meet all five KairosPDX founders (from left): Kaaren Heikes has been a leader in the charter school movement for more than 20 years; Marsha Williams, a project manager with OHSU, worked with Haitian youth for six years in Boston; Zalika Gardner, the school’s principal teacher, is a child development expert and taught in Los Angeles and at Catlin Gabel school; Kali Ladd, has 14 years of experience in education; Jasmine Johnson is an early childhood educator.

Ladd is one of five women who founded KairosPDX. The others are:  educators, Zalika Gardner, Kaaren Heikes and Jasmine Johnson; and OHSU project manager Marsha Williams.

The five are uniquely qualified to take on the project with decades of teaching and early childhood education knowledge among them. Zalika Gardner , the school’s principal is a teacher with 20 years of experience. And each one brings passion and knowledge to the school.

Four of the five founders are women of color. That’s important, Ladd says, because children need to see people who look like them as educational leaders.

Making sure that the environment reflects the culture of the students will also be a priority.

The school’s name, KairosPDX, comes from an ancient Greek word, Kairos, which means the right moment, the moment where something special happens. If its students go on to defy the current  statistics, that would definitely count as something special.

Harvard-educated, with experience as a teacher, program manager and policymaker, Ladd knows what she’s doing.  She worked as education policy advisor for former Portland Mayor Sam Adams, before being elected to the board of Portland Community College.

Her goal for the school is that it will become a model for how to close the achievement gap for students of color and low-income students.

Tiffani Penson, a City of Portland employee and a volunteer at the school, says it’s time.

“I’m just very excited and I believe this will change lives,” she says. “I’m very proud of these women and I know they are going to make a difference.”

Educators will use the Reggio model, created in Italy, which is based on the science of how children learn, Ladd says.

“It’s a learning style that is student-centered and project-based, and it emphasizes higher order cognitive thinking skills. Critical thinking and problem solving are a key component.”

The school has partnered with experts in the STEM subjects, who will come in for one period a week. Other partners include Portland Opportunities Industrialization Center, Self Enhancement Inc., Mecy Corps., Friends of the Children and Oregon Department of Human Services.

Classes are filling up quickly, Ladd says. A few spots remain in the first grade class. And because so many families signed up for the kindergarten class, the board has been trying to raise funds for a second class.

The school already has raised close to $500,000 to cover its costs. Charter schools do get funding from the state, but they get far less per student than school districts. And Oregon does not yet fund full-day kindergarten classes for all children.

To sign up or for more information, call 503-567-9820, email [email protected] or visit the school’s website kairospdx.org