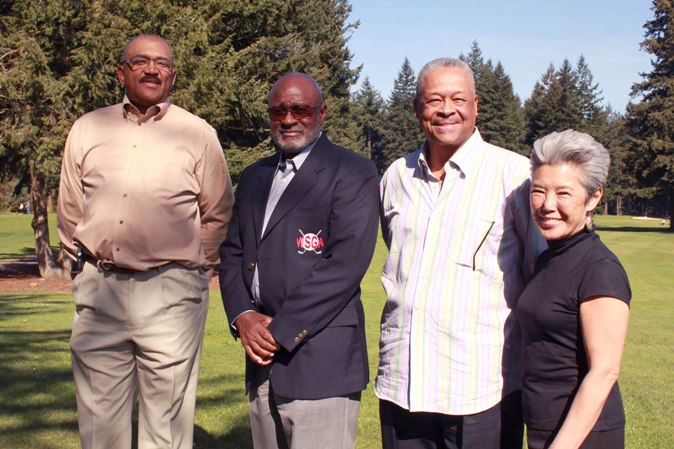 Football gets us excited with its sheer physical aggression. Basketball delivers the thrill of thefast break and the high-flying dunk.  Soccer fans love the relentless build-that – sometimes—ends with a ball thudding into a net.

Golf?  Its pleasures are far less frantic and much longer lasting. (And, no, we’re not talking about Tiger.) For spectators and players alike, golf offers hours of outdoors enjoyment, at a pace that can work for anyone, of any age or ability.

“It’s a lifelong sport,” says Vicki Nakashima, chair of the City of Portland Golf Advisory Committee and a member of Leisure Hour Golf Club. “I regularly play golf with a 12-year-old and an 80-year-old –and I can’t beat either of them.”

Nakashima was on hand this month when officers from the Western States Golf Association visited Portland to look at courses for its 2015 and 2016 championships. Portland is also hosting the association's 2014 youth tournament.

“We are honored and it will be a great pleasure to hold our annual tournament here in Portland,” said Granville Brown, association president.  “We will bring the troops here. We’d like to break the attendance record.”

Brown said he was “pleasantly amazed” with the quality of the courses they saw, both public and private.

Around 300 golfers, along with their friends and families, are expected to attend the tournament, scheduled for June 25-27 in 2015. And they’ll be back in 2016. The event will fill 1,000 hotel spaces and includes social events, shopping and other entertainment besides golf.

Portland’s visitor development fund, which draws on hotel taxes, gave the group $30,000 to subsidize the tournament visit. The development fund gives out money to around 30 organizations every year, with the mission of attracting visitors to the city year round and keeping hotel beds full. Only groups that can bring at least a 25-1 return on the investment, are eligible for the funds. Other groups that have been funded include: Feast Portland, a Barbershop Harmony convention and the Institute of Navigation.

“We have fought for five years to bring the championship to the Northwest,” said Bob Williams, regional vice president for the association. “Portland had to fight for it with Seattle and Kent.  But we will show everyone who is coming in from the other five states a good time. I know we will.”

Started by Portlander Vernon Gaskin and other early visionaries  in 1954, Western States Golf Association made it possible for African Americans to play golf at a time when many clubs were closed to black players.  This year the association celebrates its 60thanniversary. And from a small group of eight clubs, it has grown to 33 clubs operating across six states including: 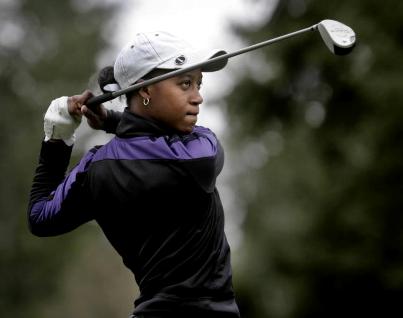 While the number s of people playing golf worldwide has fallen, among African Americans golf continues to grow, attracting more women and youth than ever.

And Portland is hosting the 2014 WSGA Junior Championships Aug. 5-8. About 150 young golfers  will compete in the tournament, playing on the Children’s Course in Gladstone, at Sah Hah Lee in Clackamas, and at Glendoveer in Northeast Portland.

Take the awesome Sadena Parks, (pictured)  featured on the Golf Channel’s Big Break Florida, for example.  One of four women  on the show with Washington State connections, Parks learned her game through Leisure Hour Junior Golf Program, a Western States Golf Association club. She went on to become the first African American golfer at University of Washington.

Also aiming for professional success are: Cheyenne Woods, who began golfing in the juniors program at Desert Mashie Golf Club; brothers Joshua and Jeremiah Wooding , and Joseph Bramlett, who started their careers in juniors programs in California.

Multnomah County recognized Portland’s Leisure Hour Jr. Golf Program this month with The Kate Jeans- Gail Award for Young Heroes.  The award stressed that playing golf is a good way for families to exercise, stay healthy and have fun.