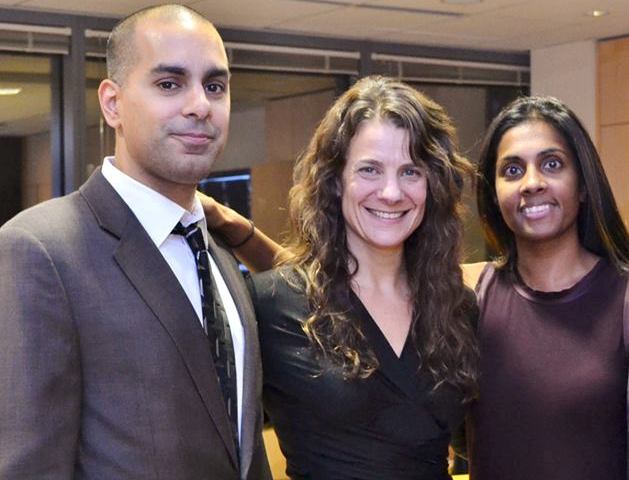 This week in New York, Jonathan Fleming walked free after being exonerated for a murder he didn’t commit. Fleming spent 24 years in jail. Meanwhile, the phone receipt that proved he was 1,100 miles away when the crime was committed, lay unseen, decaying, inside the case file.

Fleming would still be in prison without the work of the Brooklyn Conviction Integrity Unit, dedicated to exonerating innocent people who have been wrongly convicted.

Before this week, every state in the country had some kind of group connected with the National Innocence Network –except Oregon.

This week, with the launch of the Oregon Innocence Project, April 9, that national network is complete. Steve Wax, one of the country’s top criminal defense lawyers, is stepping down from his longtime job, as Oregon’s Federal Public Defender, to take the helm.

With Wax as legal director, and a committed group behind him, the project is ready to hit the ground running, said Barry Scheck, co-founder of the National Innocence Project in New York.

“Once it gets going, it’s going to move in at a very high level of sophistication and competence,” Scheck said.

“I think that what is going to happen initially is that the Innocence Project here in Oregon is going to be working with law enforcement, prosecutors and the judiciary to come up with best practices.”

“What’s very optimistic about Oregon is that this project has got enormous support from very significant stakeholders all across the state. So we all expect that there will be great reforms coming out of this, even before the exonerations, which always take a number of years.”

While it won’t be taking on new cases until summer at earliest, Oregon Innocence Project already has filed a successful brief seeking to overturn the conviction of Jerrin Hickman. Convicted of the murder of Christopher Monnet during a New Year's Eve party, Hickman claims he was wrongly identified. The case against him hinged on an in-court identification by two witnesses, as well as forensic DNA evidence connecting him to a ski mask.

Oregon Court of Appeals overturned Hickman’s conviction, but prosecutors appealed the ruling. The Oregon Supreme Court will deliver a final opinion in the case in the coming months.  The Skanner reported on Jerrin Hickman’s trial in 2009.

As a federal defender, Wax couldn’t work on a case until it was referred by a court. But Oregon Innocence Project will be free to take on any cases where there is reason to believe a miscarriage of justice may have occurred, Wax said.

“It seems appropriate to reach out and let prosecutors, and or victims, know that a second look at matters is being done,” he said. “Then we can have an awareness, and contribute or participate where that’s appropriate.

“It should go without saying, but maybe it needs to be said – so it’s very, very clear," Underhill said. "that prosecutors absolutely are not interested in convicting somebody who is actually innocent.”

“That is in nobody’s interest whatsoever. So I can speak for me, and I can speak for this office, and prosecutors that I know around the state, and beyond, that nobody is interested in having a conviction that is not appropriate, stand.

“Absolutely, people would be interested in material pieces of information that either didn’t exist or were overlooked for whatever reason. Prosecutors want to know. They want to do the right thing. Prosecutors have a stake in this...a very, very significant stake.” 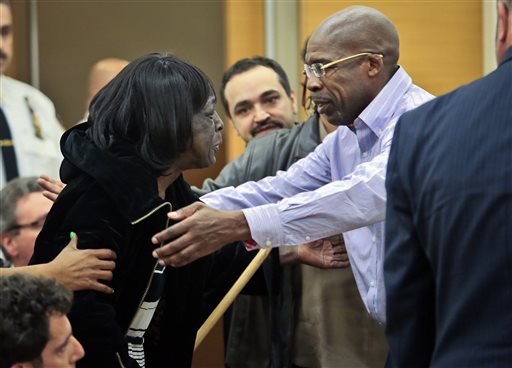 In fact, the Brooklyn Conviction Integrity Unit that helped set Jonathan Fleming free was set up by the Brooklyn District Attorney's office.

AP PHOTO/Bebeto Matthews:Jonathan Fleming reaches for his mother after being set free.

A Sister Frees her Brother

A joint effort of the Oregon Justice Resource Center and Metropolitan Public Defender, Oregon Innocence Project was co-founded by:

Puracal was a third-year lawyer working in civil law, when her brother Jason was arrested and convicted of drug trafficking and money laundering.

He had gone to Nicaragua as a Peace Corps volunteer and stayed to work in real estate. Married with a two-year-old, he was convicted, even though, she says, prosecutors offered no evidence of drugs or illegal financial transactions.

“There was not a single drug in the case. Or any money, " the Seattle University graduate said.  “They have a process and rules, but they did not enforce them. So it was really frustrating.

“We almost lost him – he was denied food and water and medical care. We thought every day that he was going to die in that prison. That experience was just hell for him, and for our entire family.”

Puracal came out of the experience changed, she says. After meeting so many exonerees, so many friends and families, so many people fighting to overturn their convictions; she felt compelled to help other innocent people clear their names.

“It’s hard to believe in the United States that there are wrongful convictions,” she said. “But when you look around and you see that there have been over 1,300 exonerations in the last 25 years, you realize that even though we have process, there are still all these things that contribute to that process going wrong.”

Mistakes Can be Made

Wax said he has no doubt that he’s seen innocent people convicted. Eight people have been exonerated in Oregon so far, he said.

“We have, during the years in the Defenders Office, we have represented a number of people who were convicted of sex crimes and subsequently the victims recanted and said, ‘No it didn’t happen,’ and explained why they had lied in the original case.”

Wax also pointed to the case of Lisa Marie Roberts, in prison for more than a decade for the murder by strangulation of Jerri Williams. This week, a judge ordered Roberts should either be freed or get a new trial, on the grounds that her attorney had been ineffective. Necessary for that ruling was DNA evidence that connected the victim to a man already in jail for rape, who had a history of strangling other women, albeit not fatally.

Roberts pleaded guilty at trial, even though she had always said she was innocent.

“It’s significant because the exonerations nationwide involve somewhere between 20 and 25 percent of people who have either confessed or pled guilty,” Wax said.

“This is another example of the way in which the fact of a confession or the fact of a guilty plea does not mean that the person is not innocent.”

Advances in science have helped free many people who were wrongfully convicted. DNA has been crucial in many exonerations, but so have advances in fire science, fingerprinting, bullet identification and the science of memory and eyewitness identification.

In Washington state, the Innocence Project Northwest, has been investigating wrongful convictions since 1997. Based at the University of Washington Law School, IPN has entered 12 people to the National Registry of Exonerations.

Last April, Jeramie Davis was exonerated of murder with the help of DNA evidence. He had served six years. Last December, Brandon Olebar was exonerated of a violent robbery after the perpetrators signed sworn statements that he was not present.

In Your Mind's Eye You See

According to the Innocence Project, faulty eyewitness identification is the single biggest reason for wrongful convictions. In more than 75 percent of cases where DNA proves innocence, eyewitnesses identified the wrong person.

“The Oregon Supreme Court has recognized 30 years of research into how memory works, and how we can actually create memories that never existed –not intending to do so,” Puracal said.

“Eyewitnesses are not intending to point at the wrong person. They trust their memories – that’s been the problem. We can’t always trust our memories. There are all kinds of factors: race, environmental factors, things like; if the person has a gun. Things that heighten the stress can impact your memory.”

Rod Underhill said he is proud that Oregon prosecutors and law enforcement made changes to improve the integrity of eyewitness identifications, even before a landmark ruling that tightened Oregon law.

Police now make efforts to ensure the officers who lay out photographs for witnesses don’t know who the suspect is,  for example, Underhill said. That’s easier in large police departments than in rural and understaffed areas, however.

In 2012 the Supreme Court reversed the murder conviction of Samuel Lawson declaring the eyewitness identification flawed. Prosecutors dismissed those charges in March this year. In that case, the witness did not immediately identify Lawson, but later picked his photo out and became more sure after she knew he was the suspect.

The Jerrin Hickman case, currently under consideration, is different because eyewitnesses first identified Hickman in court as he stood trial.