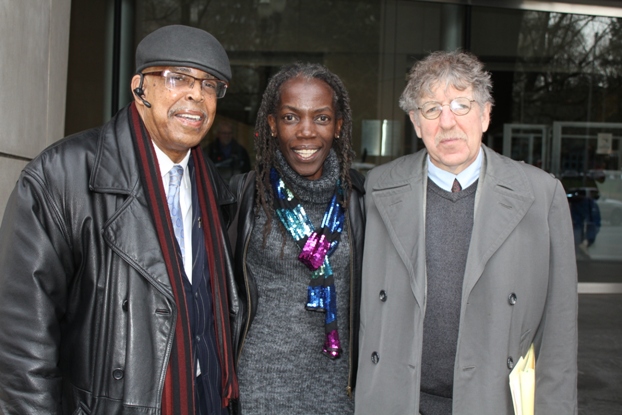 A final decision on the proposed settlement agreement between the U.S. Department of Justice and the City of Portland has been pushed back to April 14.

At the hearing, reported in The Oregonian, U.S. District Court Judge Michael Simon said he wanted an annual review of progress on the agreement, designed to resolve a finding that Portland Police Bureau had violated the rights of people with mental illness.

Simon told the parties he did not want to end the federal lawsuit against the city immediately. Instead he told the court he favored putting it on hold and requiring annual progress reports. According to The Oregonian, Simon told the court:

"I am not satisfied with the prospect that three-and-a-half years can go by with the court hearing absolutely nothing on how substantial compliance is progressing.''

Lawyers for the city and the Justice Department had asked Simon to dismiss the suit and accept the settlement. And they raised concerns that if the judge did not dismiss the case, the settlement would be open to challenge, from the police union.

Simon allowed the parties two weeks to find a solution that would allow for the annual progress reports to the court.

Rev. LeRoy Haynes from the Albina Ministerial Alliance Coalition for Justice and Police Reform, said advocates are pleased that the judge intends to remain involved.

“Judge Simon will have an opportunity to raise concerns and questions at these annual reviews,” he said. “Having Judge Simon continue giving oversight will add strength to the agreement, and allow for correcting any problems.”

Haynes said the coalition will continue to play a role through the five years, reporting its view on progress or problems to the judge.

“We think the hearings are essential to the fulfillment of the agreement and to further plans to change the culture of the police bureau as well as its policies and procedures,” Haynes said.

He said he hopes citizens will tell city commissioners that the annual review is important.

Dan Handelman of Portland Copwatch said he would have liked to see changes to the agreement that reflected concerns raised by the community at a Feb. 18 and 19 court hearing. And he welcomed the annual review.

“Otherwise the community is shut out of this process.”

A community advisory board will be created, he said but the Department of Justice is the monitor.

We were originally hoping for the Compliance Officer Community Liaison’s quarterly reports to go to the judge,” Handelman said. “But something is better than nothing and it looks as if we’re heading to something.

Next steps for the agreement:

City attorneys will report back to Portland City Council.

The parties will return to court April 14, probably with an agreement that will include the annual report to Judge Simon.

The city will hire a Compliance Officer Community Liaison. Applications are currently under consideration.

On Feb. 18 and 19 Simon heard testimony from more than 60 people.  Read The Skanner News’ story about the hearing and the case.

Many who testified said racial profiling was a concern that had not been addressed. The civil rights finding did not address race, however.

Among the other changes advocates requested were:

End the negotiated contract policy that allows officers a 48-hour grace period after a shooting, before they are required to answer questions.

Limit the number of times officers can employ a taser to subdue a suspect. Currently police are cautioned not to use more than three Taser cycles, "unless exigent circumstances warrant use."

Strengthen the Independent Police Review and empower it to question officers directly.

Allow citizens and family members to appeal Police Review Board findings to the Citizen Review Committee.

Change the Citizen Review Committee standard of evidence so it rules on, “the preponderance of the evidence” instead of deciding whether a police supervisor’s decision could have been made by a “reasonable person.”

Change the Police Review Board rules so community members whose cases are under review may attend.

Ensure trainers are officers who do not have a history of complaints over excessive use of force.

The settlement, signed in November 2012, went to court in February 2013 after the Portland Police Association protested, saying some planned changes affecting police discipline and conditions were contract issues and should be decided at the bargaining table.  Judge Simon ordered mediation and allowed the Albina Ministerial Alliance to represent the public, although without a vote.