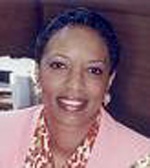 Governor Eliot Spitzer and Lieutenant Governor David Paterson today announced the appointment of Melodie Mayberry-Stewart to serve as New York State Chief Information Officer.
"Ms. Mayberry-Stewart has vast experience in the design, implementation and management of cutting edge information technology systems," said Governor Spitzer. "Creating an innovative telecommunications infrastructure is an essential reform element for New York State government and Ms. Mayberry-Stewart will be a critical part of that effort."
Ms. Mayberry-Stewart has served as Chief Technology Officer for the city of Cleveland, Ohio since 2002. In that role, she was responsible for the citywide IT and telecommunications vision, as well as the planning and implementation of high-impact strategic initiatives and architecture strategies. She was also responsible for overseeing and supporting 230 locations, 51 divisions and departments, and citywide annual IT capital and operating expenditures of $35 million.
Prior to that, Ms. Mayberry-Stewart founded Black Diamond IT Consulting Group, a private IT consulting firm aimed at non-profit companies, where she was President and Chief Executive Officer. From 1997 to 1999, she served as Vice President and General Manager for Global IT Service Delivery and the Shared Services Business Unit of Amoco Oil Corporation. From 1988 to 1997, she served as Vice President and Chief Information Officer at Community Health Corporation in Riverside, California, St. Thomas Hospital in Nashville, Tennessee, and Beth Israel Medical Center in New York City.
Ms. Mayberry-Stewart received her B.S. from Union College, her M.B.A from Pepperdine University and her Ph.D. from Claremont Graduate University.
As Chief Information Officer for New York State, Ms. Mayberry-Stewart will supervise the Office for Technology and will coordinate information sharing between and among state, local and federal governments. Additionally, she will oversee, coordinate, and develop New York State's strategic plan for information technology resources.