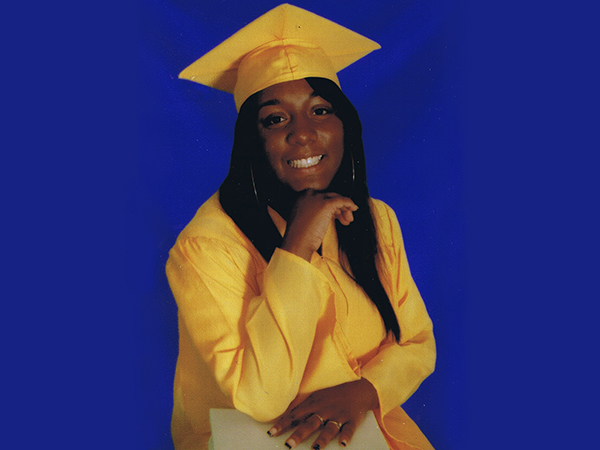 Alexandria Jesse Martin was such an amazing young woman that she brightened the lives of everyone around her.

A 2009 Jefferson High School graduate with honors, Martin was the varsity cheerleading squad captain for three years, a talented and gifted student at Self Enhancement Inc., and studied criminal justice at St. John’sUniversity in New York City before reaching out to build relationships with half sisters and brothers she had never known.

That’s why, when Martin died in Atlanta at age 22 from complications of lupus last year, she left a devastated community of friends and relations stretching across the United States.

In part to deal with the pain of her loss, Martin’s family has created the Alexandria Jesse Martin Award, to be presented to a graduating female student at Jefferson High School, someone “who exemplifies the qualities of school spirit, determination, integrity and humility.”

This year the scholarship winner will be chosen by Martin’s English teacher at Jefferson High School, Andy Kulak; starting next year students will apply through a more rigorous process.

“Her mom passed away when she was four and my husband and I raised her and her sisters,” says Martin’s grandmother, Norma Godfrey.

“Some people take different paths, she was determined to make her mom proud, make herself proud, make us proud.

Lupus is a mysterious disease – mysterious because its cause is not really known. The disease prompts the body to attack its own healthy organs and tissues, touching off a wide array of symptoms that vary from sufferer to sufferer.

Research shows Black women are three times as likely to develop the disease as white women; they develop it at an earlier age and endure more severe symptoms – but no one knows why.

For Martin’s family, it all started in February of last year. “She kept telling me that she wasn't feeling well and she didn't know what was going on,” Godfrey says. “She was getting sick and she was going back and forth to the doctor.

“Each time she went to the doctor they took her to the emergency room and they couldn't find anything wrong -- she was given a different diagnosis every time.”

In March, Martin got better and went back to work as a hostess at a local restaurant.

But in April she got sick at work.

“She actually fell down at work and they rushed her to the hospital,” Godfrey says. “Once they got her to the hospital they immediately put her on an IV – but they couldn't find anything wrong; they didn't know what was the problem.”

For weeks, Martin was up and then down; at last she landed in the hospital and stayed there.

“My girlfriend in Atlanta called me and said, you might want to come down,” Godfrey said.

The friend had become convinced that Martin was suffering from undiagnosed lupus – a very common medical situation for sufferers of every race – and demanded she be tested. The tests came back positive.

At the same time, in Portland, Godfrey by chance had taken Martin’s young nieces to get their hair done and saw a pamphlet about lupus in the salon; the hairdresser hooked her up with Lupus Foundation Oregon regional manager Meies Matz from the Pacific Northwest Chapter of the Lupus Foundation, which puts together an annual Walk to End Lupus Now.

“She gave me all the information that I needed -- she said you need to get a team of doctors because I was going to bring Alexandria home,” Godfrey said. “That was the plan. I was going to go down, bring her home, and get her settled.”

Slammed with a wealth of information all at once, Godfrey says she was on a plane to Atlanta within hours of hearing about Martin’s diagnosis.

But it was too late.

“They did not diagnose her with lupus until almost a week before she passed away,” Godfrey says. “And by that time all of her organs were shutting down.”

Martin and her grandmother got to spend a few days together before the girl’s death on May 20.

“It was good that I was there with her,” she says.

It was Godfrey’s best friend Jan Meskimen who urged her to do something to honor Martin.

“Because I was moping, and she said Alexandria is looking at you; she doesn't want to see you sitting around moping,” Godfrey says.

“She said, do you need something that's going to be a legacy that will last a while,” Godfrey says.

Her voice still breaks when she talks about Martin.

“She did everything that she wanted to do, obviously God knew that she was going to have a short life so he had her do everything,” Godfrey says.