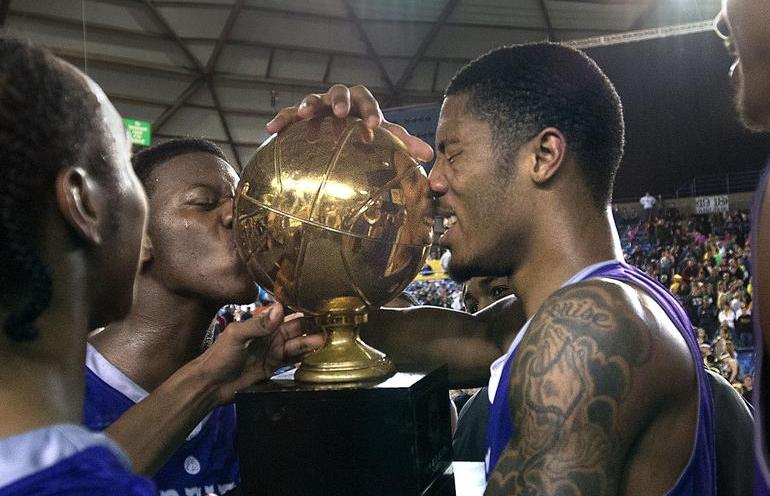 Police say a handful of students at Issaquah racially harassed black athletes, a cheerleader and referee at Garfield in advance of their big weekend of games before the state 3A basketball championship.

But after beating Issaquah in an unforgettably competitive game Friday night, Garfield went on to defeat the Richland Bombers for the title.

The Bulldogs are now headed to New York in April for the Dick’s Sporting Goods High School National Tournament, winning the state championships for the first time since 1998. Issaquah ended up in third place.

(In a related story, the undefeated Rainier Beach Vikings, ranked number two in the nation, won their third consecutive 3A state championship -- by just two points -- and are also competing in New York next month after a special ruling of the WIAA).

Seattle police investigated the harassment as hate speech. Radford reported a total of 10 pages of racist tweets from @issybros, and in his report also mentioned @IssaquahRefs and “IHS Bros.”

The tweets included racist insults such as a photo of a GarfieldHigh School cheerleader next to a picture of the wookie from Star Wars.

"Checkmate was one Abraham Lincoln made the mistake of freeing you,” one tweet said, and "no actually just my insults are too complicated for your primitive mind to understand."

More messages were directed at the athletes and referred to them as "bush boogie,” "monkey," and "n-word in the bushes."

Racism on Twitter is nothing new, from high school students to politicians (Minnesota House Republican Rep. Pat Garofalo apologized Tuesday for tweeting on Monday: “Let’s be honest, 70% of teams in NBA could fold tomorrow + nobody would notice a difference w/possible exception of increase in streetcrime.”)

At the same time the racist tweets were flying in WashingtonState last week, a high school basketball semi-final game in New York erupted in a brawl after students at MahopacHigh School – as well as adult fans of the team -- reportedly sent racist tweets during the game slamming students at Mount Vernon. Mount Vernon won the match; the district superintendent there is calling for Mahopac to be banned from the sport for a year.

An interactive map of hate speech on Twitter, created by students at Humboldt State University in California, shows that under the category of tweets “negatively referring to N-word,” the Seattle area as well as Gray’s Harbor – along with Southern Idaho -- appear to be the only red-coded “hotspots” in the Northwest region.

A rise in hate speech among teenagers after the election of President Barack Obama led to calls for high schools to acknowledge the phenomenon and act to cut it off.

Cyberbullying in general has been associated with teen suicide; further, according to University of Southern California Associate Professor Brendesha Tynes, PhD., race-based harassment is linked to depression and poor academic achievement.

Tynes, armed with a $1.5 million National Institutes of Health grant, is pioneering a new field of educational research on the topic at the USC Rossier School of Education. It is a subject she has studied since 2001.

“We know about cyberbullying in general, but we’ve just scratched the surface of understanding how different types of victimization, including race-related experiences, impact developing adolescents,” she said in an interview on the Rossier webpage last year.

“I’m hoping that, because many Internet safety and antibullying programs don’t really address race, we can develop interventions to help youth protect themselves, and give them coping and antiracist strategies to use,” she said. “We need more programs to help youth counter the negative messages they’re getting about racial groups.”

Back in Seattle last Friday night, Garfield was not intimidated.

The Bulldogs were neck and neck against the Eagles in a scrappy match that wasn’t over until the final seconds of the game, when Issaquah missed its last shot.

The two schools' sports rivalry – Garfield was ranked number one in the league and Issaquah tenth -- has slowly grown over the season, inspiring what some students called over-the-top aggressive verbal assaults unlike the usual competitive banter between rivals.

The principal of Issaquah High School told reporters last week that the students involved were disciplined, but the school is not identifying them.

As of this week Twitter had disabled the @issybros account, and a quick search for the word brought up a raft of counter insults against the racist students.

Meanwhile last week, @IssaquahRefs, posted a tweet distancing themselves from the racist students.

"Group of sophomores at our school, had nothing to do with us," @IssaquahRefs tweeted before the big game on March 7.