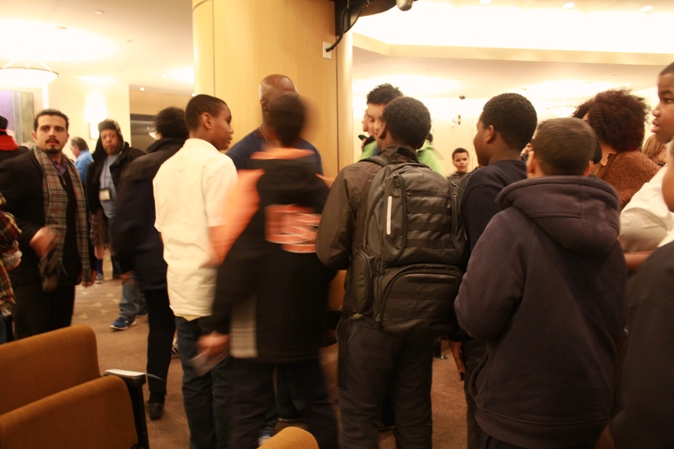 Multnomah County has won access to federal funding for its efforts to keep youth on probation at home in their families and communities, instead of sending them away to youth institutions.

Working with youth in their own homes has been shown to produce better long-term results than sending teens to correctional institutions, says Christina McMahan, assistant director of the county’s Department of Community Justice.

“When we have evidence-based services …that are holistic, we can prevent them getting pulled deeper into the juvenile justice system or into the adult system,”

Multnomah County Commissioners heard a presentation on the funding, which comes through Title IV E of the Social Security Act, Feb. 18. The county is the first in Region 10 (Alaska, Idaho, Oregon and Washington) to get the funding for juvenile offenders.

The county plans to apply for around $800,000 a year, delivered through the state Department of Human Services. The money will fund:

Thousands of Oregon children and teens could benefit in future.  Clackamas, Douglas, Jackson, Lane, Marion, Yamhill and Washington counties are now planning to apply for the funds.

The agencies collaborated for two years to secure the funding.

“It’s an understatement to say they have been crucial to this process,” McMahan said.

“DHS had to get approval from the Region 10 administration. It’s taken a lot of work on their side.”

Researchers have found that removing youth from their families and sending them away to correctional institutions increases their risk of reoffending, says McMahan, a former prosecutor.

“Our kids on probation are at higher risk of ending up in a youth correctional facility bed or in the adult system,” she said. “So the more we can do earlier on, the better the outcomes are for the kids.”

On the other hand, approaches that emphasize keeping youth with their families can reduce the risk of future failure.

Youth Villages Intercept program, for example, which has served more than 17,000 youth in 11 states, claims a success rate above 80 percent.

“We track our kids six, 12 and 24 months after they have left our services,” said Lynne Saxton, executive director of Youth Villages Oregon.

“It’s important to know that what you do is effective and changes the lives of children and families.”

Intercept works with youth and families in their own homes, making sure they have help available day and night, for as long as they need it.

“In the first moments of crisis for a family, if we can get a family intervention specialist in that home, we can assess what’s going on and help keep that family together,” Saxton said. “That’s our first and main goal.

“We are very often the strongest advocates for the family because we know, based on years of experience and research and data, that if we do our work well, families that no-one thought they could be successful with their kids, they absolutely can be successful.

“They just need the right level of support and help.”

Intercept’s family specialists help parents deal with any challenges they face, including problems with work, housing and other basic needs.

“If the parent has a drug or alcohol problem, we’re going to get that addressed,” Saxton said. “We’re going to help them get the help they need.”

Intercept case workers work with parents to create a safe home environment. Sometimes that means an abusive adult has to move out.

“Because we’re in the home every day – 24/7 if need be – we’re going to find that solution for that mom,” Saxton says.